The operator association continues efforts to have the government grant relief, bringing the plea count to three

above  A model looks at digital TV screens at an exhibition in Bangkok. More people are turning to OTT streaming services. JIRAPORN KUHAKAN

This was the third attempt by the association to receive aid measures from the government. The association previously submitted a proposal to eliminate the rental fees of broadcasting networks and waive the remaining licence fee payments.

Most of the 24 digital TV operators have faced business difficulties and crippling financial burdens for years, in part because of their high winning bids for licences, but also because of pressure to switch viewership to online platforms from over-the-top (OTT) service providers.

The National Broadcasting and Telecommunications Commission (NBTC) granted 24 digital TV licences to 17 winning bidders in April 2014. The winners have to pay a combined 50.86 billion, spread over six years.

The total 51 billion baht for 24 digital TV channels was criticised by experts for giving out too many licences, and the winning prices were deemed too high, given that the broadcasting business model has changed.

Fitch Ratings recently reported that Thai TV operators will continue to face challenges in 2018 from intense competition and increasing pressure from the transition of viewership to online media platforms. These challenges will limit the growth of TV operators' revenue and profitability.

Competition will remain a key weight on most TV operators' cash flow growth in 2018, according to Fitch, and the industry will spend more on production and procurement of content to compete for viewer ratings.

Most new operators will see slim cash flow growth as investment to boost viewership outpaces advertising revenue growth. However, the NBTC's approval of a reduction in the annual digital TV licence fee, which will be put to a public hearing and is likely to take effect in late December, should help reduce cost pressures, Fitch Ratings said.

"We expect only a few of the new 16 digital TV channels to maintain their strong content provision, channel ratings, revenue and cash flow improvement in 2018," Fitch said. "These include Workpoint TV [owned by Workpoint Entertainment Pcl], Mono [owned by Mono Technology Pcl], Channel 8 [owned by RS Plc] and One [owned by GMM Grammy Plc's group].

"Although advertising revenue for the Thai media industry declined in 2017, the aggregate revenue and earnings before interest, taxes, depreciation and amortisation of these operators grew strongly by 21% and 216%, respectively."

The NBTC began implementing a series of financial support measures to digital TV broadcasters last December to ease their financial burdens amid business difficulties, but the measures seem to be insufficient.

The operator association submitted a proposal requesting the government eliminate the rental fee of broadcasting networks or MUX (which is due in January 2018); waive the remaining licence payments starting from the May 2018 payment; and expropriate funds from the auction of the fifth-generation (5G) 450-700MHz spectrum range for telecom services for the remaining licence payments.

The rise of OTT, especially online video and TV, among Thais is creating critical challenges for the incumbent telecom and TV operators.

The on-top digital applications through communication services cause digital disruption to incumbent operators because it changes the viewership, directly affecting the TV industry's advertising and the future of the pay TV market.

Triluj Navamarat, chairman of the Media Agency Association of Thailand (MAAT), said the proposal from the operator association will have only a slight impact on advertising agencies in terms of expenditure.

Mr Triluj said that whatever they request, the impact on the private sector will be insignificant.

The real impacts will be upon those who already paid or will be likely to pay the licence fees as expected, which will result in the biggest inequality among digital TV operators.

"One of the three proposals that will be successfully implemented is the reallocation of frequency from the 5G mobile signal because it benefits the government and consumers also get better internet mobile technology."

He does not think waiving the remaining licence payments and stopping MUX payments will be possible because it will create further controversy and problems.

He said Thailand is not ready to have many channels and if the existing channels are focused on producing good content, they will survive intense competition.

Mr Triluj said that the ad revenue actually goes to the cluster of successful digital TV channels, ranking from first to seventh in terms of total revenue, who receive 80-90% of advertising, and the rest tend to underperform.

Mr Triluj predicts that the advertising expenditure of media industry this year won't reach 100 billion baht, because of the economic slowdown, and ad revenue will instead be the lowest in five years.

The highest ad expenditure in that period was 130 billion baht in 2015.

Sikares Sirakan, an independent academic for digital and new media, said the auction design of digital TV licences in 2014 was done incorrectly -- both in the number of licences and the type of licences.

"Auctioning 24 licences was too much for the TV industry ecosystem, and I was doubtful of the NBTC ruling on four types of content through its licences instead of allowing bidders to select broadcast content in accordance with market demand."

Mr Sikares said successful programmes of international TV channels, including CNN, Fox or even Cartoon Network, have never been beholden to broadcast specific content types, but instead operate in line with their capabilities.

"I was doubtful of the NBTC auctioning off all 24 channels at once in 2014, without providing a basis for having so many licences," he said.

The 24 digital TV channels auctioned created artificial supply in the market, indicating that the auctions were not carried out in the best way.

The digital TV industry has been deadlocked for years, a problem that needs to be addressed imminently or at least within the next six months, Mr Sikares said.

Among the three big requirements put forward by the operator association, Mr Sikares said waiving the remaining licence payments is the toughest for the regulator and the government to fulfil, as it could create a ripple effect and damage the public interest.

On the other hand, the regulator and the government have to try their best to address the chronic problems with appropriate measures.

"The digital TV industry should be considered as an important industry within the domestic economy, similar to other industrial sectors," Mr Sikares said.

He said the government should determine clear measures to ease the financial burden of digital TV operators who cannot make the remaining licence payments.

The measures may include determining acceptable conditions that allow operators to exit the service.

"If the problem is not addressed on time, we will see more disputes in court and complicated proposals raised by operators year after year as their business performance continues to diminish," Mr Sikares said.

He said he thinks the operators understood the limits of the NBTC's authority, which is why they submitted the proposal to Deputy Prime Minister Wissuna Krea-ngam instead of directly to the NBTC.

But NBTC secretary-general Takorn Tantasith said the regulator has no authority to address the association's demands, as the requirements conflict with existing laws and regulations, as well as the conditions of the licence auction in 2014.

Mr Takorn said the NBTC needs to have several discussions with related state agencies on the laws and regulations.

Global online video platforms, including YouTube, Line and Facebook, will gain a greater share of advertising over the next few years at the expense of traditional media, including TV.

Fitch expects TV operators to stream more content, but they will need to find ways to better monetise the content because advertising rates per view generated from these online platforms is significantly smaller than the rates seen on TV platforms. 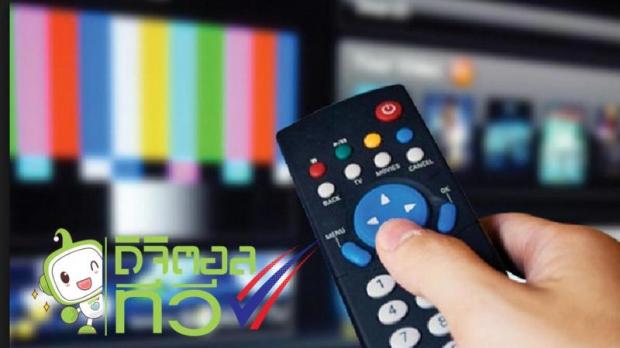 The vast majority of digital TV operators have been facing business difficulties and crippling financial burdens for years. 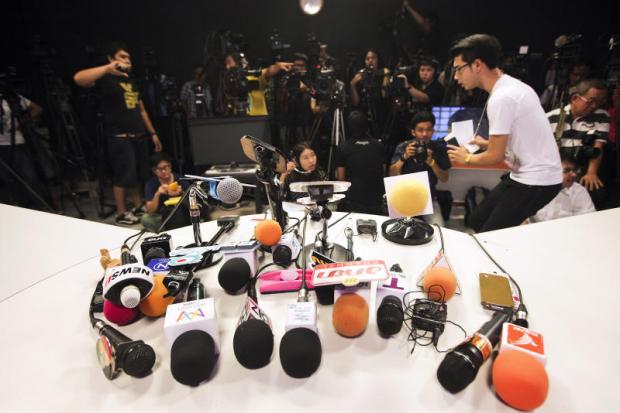