The foreign woman hangs by her feet from an exterior cable at Suvarnabhumi airport terminal on Wednesday morning. She later dropped safely onto an airbag.(Photo by Sutthiwit Chayutworakan)

The woman, aged 20-30 years, appeared suddenly on the steel structural cables outside the sixth-floor level glass wall of the airport passenger terminal.

She was about 20 metres above the ground with nothing in between, and was wearing a grey top, denim shorts, wristbands and had a "2014 Olympics" tattoo on her back.

Onlookers were thrilled, gasping aloud as she kept changing positions like a gymnast while dangling from the cables, moving up and down them.

Officials tried unsuccessfully to communicate with her for about two hours. She seemed tired by then, and finally dropped about four metres to safety, landing on airbags that had been placed beneath her.

The airbag was on wooden planks airport staff had extended outwards from the fourth floor before she dropped.

Airport deputy director Kittipong Kittikachorn said it was fortunate she had moved lower, from the sixth storey towards the fourth floor of the terminal, before falling onto the bags.

Officials said the woman was earlier seen walking alone on an expressway near Rama IV Road in Bangkok about 3am. Expressway officials took her to the tourist police office at Suvarnabhumi airport.

She had no documents and refused to speak to police, who gave her food and drinking water. She was found climbing around on the high cables late on Wednesday morning. Mr Kittipong said she was European in appearance. Her name and nationality were still being confirmed. 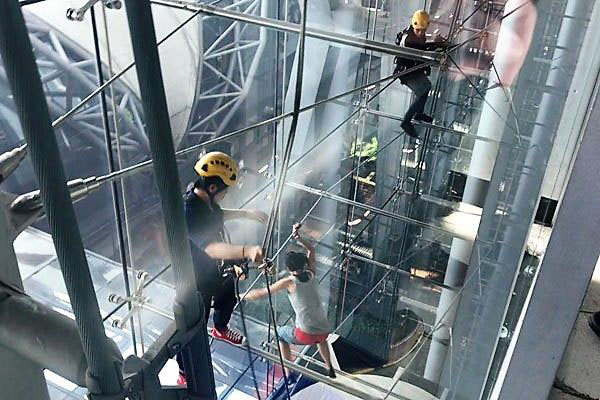 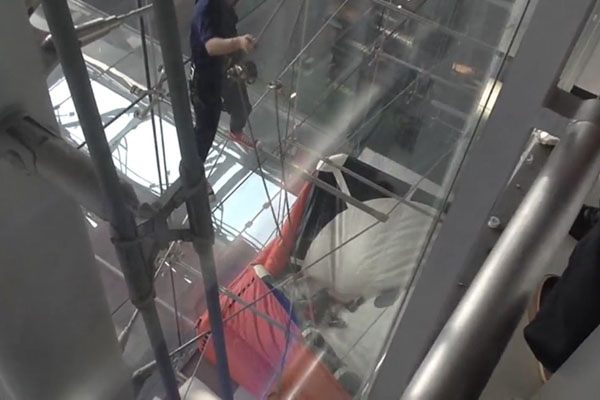 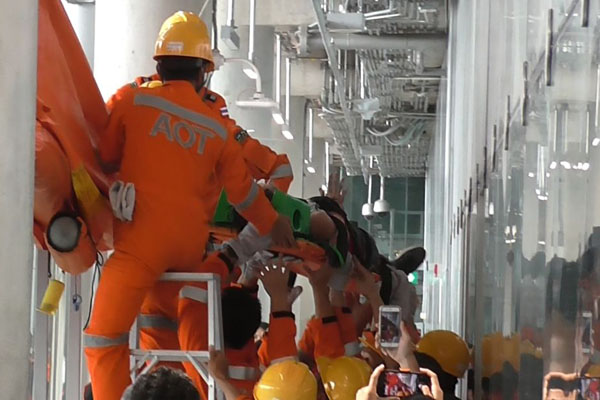