Three state officials and a civilian were found to have participated in the temple fund embezzlement scandal, the National Anti-Corruption Commission (NACC) revealed yesterday. 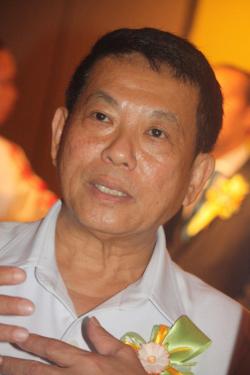 This group of suspects identified in the scandal, the second to be named publicly as the NACC delves into the "second phase" of the offending involving misuse of state funds, comprise Nopparat Benjawatananun, a former director of the National Office of Buddhism (NOB); Pranom Kongpikul, a deputy NOB director; Phanom Sornsilp, a former NOB director, and Chomphunut Chanruechai, a close aide of Mr Nopparat.

Announcing the findings of the NACC probe yesterday, Worawit Sukboon, deputy NACC secretary-general, said this group of suspects were involved in handling the paperwork required for submitting requests for funds to be approved for the temples.

According to the report, in 2014, Ms Pranom, then head of the Buddhism Monastery Department of the NOB, told Phanan Choeng temple that it would receive 10 million baht in funding if it would agree to immediately transfer 8 million baht back to a bank account owned by Ms Chomphunut, said Mr Worawit.

Mr Nopparat was found to be the person who signed off the allocation of the 10 million baht to Wat Phanan Choeng, said Mr Worawit.

Later in 2015, Ms Pranom again contacted the same temple with an offer to give 10 million baht in funding on condition that the temple returned 5 million baht in cash to her, said Mr Worawit.

The person found to have approved this funding to the temple was Mr Phanom, who was at that time acting director of the NOB, said Mr Worawit.

Mr Nopparat, Ms Pranom and Mr Phanom were found guilty of violating sections 147, 151 and 157 of the Criminal Code for abusing their authority to embezzle state funds, said Mr Worawit.

As for Ms Chomphunut, who isn't a state official, she was found guilty in the NACC investigation of supporting the three state officials in committing the crime, said Mr Worawit.

Previously, an initial group of suspects was found to have approached the temples to assess their likelihood of colluding in the embezzlement, said Mr Worawit.

Nine suspects have been named in the investigation so far and received summons to be questioned by the NACC.

At least 35 temples are facing probes in the ongoing investigation into the embezzlement scam which is estimated to have resulted in total losses of at least 203 million baht. It is not clear how much longer the probe has to run or how many more suspects are likely to be named.