The Criminal Court on Thursday sentenced two company executives and an engineer to two years in prison each, suspended for two years, in a case involving the deadly chemical accident which killed eight people at Siam Commercial Bank's (SCB) head office in March 2016.

Public prosecutors from the Office of the Attorney-General named 10 defendants -- eight people and two companies -- in the indictment.

The two companies are Mega Planet, which was contracted to improve SCB's fire protection system, and Jones Lang LaSalle Management Co, which manages the buildings at the bank's headquarters.

The suspects were formally charged with committing an act of carelessness causing deaths and severe injuries.

Four defendants -- Napong, Adisorn, Jirawat and Mega Planet -- were guilty of carelessness causing deaths and injuries under Section 291 of the Criminal Code, the court ruled. 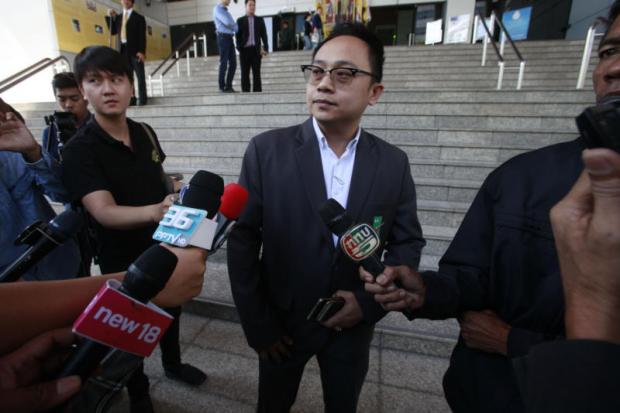 Napong, Adisorn and Jirawat were sentenced to two years in jail each, suspended for two years because they had never been convicted for any offence before and they could not have prevented the accident, according to the court.

The court also fined them and the company 20,000 baht each, and ordered them to pay 2.1 million baht in compensation plus an annual interest rate of 7.5% to three co-plaintiffs who were relatives of the dead people.

The other co-defendants were acquitted.

The case was brought to court after Phahon Yothin police wrapped up its probe and sent it to prosecutors on May 26. Prosecutors decided not to bring charges against the recruiter of the workers.

On March 13, last year, seven workers and one security guard died and seven others were seriously injured in a document security vault in the basement of the bank's head office in Bangkok's Chatuchak district after the pyrogen aerosol fire retardant vapourised, depriving a room in the basement of oxygen.

Five died at the scene and three others later died in hospital. Of the eight fatalities, seven were workers and one a guard.

The accident occurred about 9.30pm as the workers were working to improve the building's chemical fire extinguishing system. The workers had been assigned to change the pyrogen aerosol retardant to nitrogen in the room as part of SCB's plan to improve its fire protection system.

Pyrogen is a mixture of chemicals that can turn into an oxygen-depleting gas once a smoke-detection sensor is activated. Exposure to the chemicals for longer than 15 minutes can lead to death.