Maj Gen Chamlong Srimuang, one of the former 13 PAD co-leaders who have been ordered to pay the damages, said he cannot find the money to pay, and he had no assets which can be seized. 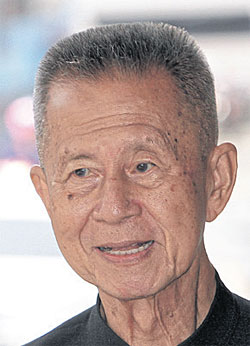 Chamlong: ‘I did nothing wrong’

"I insist I did nothing wrong. Why was I ordered to pay such a huge sum of money -- as if we burned buildings. But we never burned a single building," Maj Gen Chamlong said.

He added that he does not regret the consequences he now has to face as he did it in the best interests of the country.

Maj Gen Chamlong also said there was no need to set up a fund to solicit financial donations from the public to help the ex-PAD leaders.

Sirichai Mai-ngam, former secretary of the State Enterprises Workers' Relations Confederation, is also among the former 13 PAD leaders ordered to pay the compensation.

He said Sunday the PAD leaders could not afford to pay the damages.

He also said that several PAD supporters wanted to pitch in money to help but the former leaders did not want them to shoulder any financial burdens. 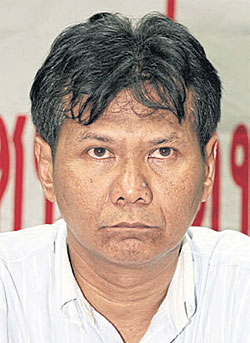 Sirichai: ‘We don’t have money’

The 13 co-leaders have been served a legal execution notice by prosecutors from the Office of the Attorney-General (OAG), who were authorised by Airports of Thailand Plc (AoT), the operator of the two airports, to seek the payments.

The AoT, as the plaintiff, demanded compensation after the 13 defendants led protesters in laying siege to the two airports from Nov 24 to Dec 3, 2008, forcing them to suspend operations. At the time, the PAD were protesting against the Somchai Wongsawat government.

Ruenwadee Suwanmongkol, director-general of the Legal Execution Department, said Sunday it is the duty of AoT and prosecutors to first check the assets of the 13 defendants before the department can issue a notice to seize or freeze the assets.

The process to enforce the assets seizure and payments remains valid for 10 years from the issuance of the court order, Mr Ruenwadee said.

Kosolwat Inthuchanyong, deputy spokesman of the OAG, said the prosecutors will check the defendants' assets by seeking information from various agencies such as the Land Department.

If any assets are found, AoT will ask the Legal Execution Department to execute the seizure, and auction the seized assets.