Human rights activist Ticha Na Nakorn Tuesday claimed she had learned that a fact-finding panel looking into a sexual harassment case, in which an unnamed news agency executive was accused of inappropriate conduct with a female subordinate last year, has concluded no such act occurred, only "flirting". 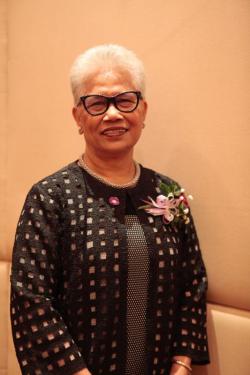 Ticha: It was more than 'flirting'

The subcommittee set up to look into the case was given 90 days to complete its task and although the deadline passed in December, the outcome of the investigation has yet to be made public, she said.

According to Ms Ticha, who said she had got wind of the result, the panel had not found infavour of the alleged victim.

Ms Ticha added that if these really are the findings of the inquiry, then they definitely conflict with the account the female subordinate had given her, which without doubt indicated sexual harassment had taken place.

According to information obtained by the rights activist, the same news agency executive had already negotiated with his subordinate, who had subsequently decided not to file a complaint, as reported by the media late last year.

The executive had also apologised to colleagues over what happened and asked them to keep it secret from the public, according to Ms Ticha who cited information she had obtained.

This clearly indicates a culture of cronyism in media circles, she said.

Mongkol Bangprapa, secretary-general of the Thai Journalists Association (TJA), meanwhile, confirmed the investigation into this scandal had been completed but the TJA still is in the process of reviewing the report, so it is untrue that any conclusions have already been reached regarding the findings of the investigation.

Last September, a group of field journalists submitted an open letter along with their names to the TJA, calling on the association to set up the panel to determine whether there were grounds to the allegation.

The story caused widespread public outrage after the details spread on social media, and cast the ethics, morality and credibility of the Thai media industry in a negative light.