A bus carrying Chinese tourists is pictured after it plunged off the road below Wat Phra That Doi Suthep in Muang district, Chiang Mai, Monday evening. (Photo by Cheewin Sattha)

CHIANG MAI: Four people - including a pregnant woman - were injured when a bus carrying Chinese tourists plunged off the steep, winding road just below Doi Suthep temple in Muang district on Monday evening.

The white coach operated by Siam IT Tour Co, a company registered in the northern province, had just picked up 32 Chinese tourists from well-known Wat Phra That Doi Suthep.

About 50 metres downhill from the pickup spot, the vehicle slammed into two parked vehicles, plunged off the roadway, and hit a tree behind a house before stopping.

Four tourists were injured, including a three-month pregnant woman. They were sent to the hospital of the Faculty of Medicine, Chiang Mai University.

Chavalit Thola, the 38-year-old bus driver, was in shock following the accident and was unable to answer police questions immediately. 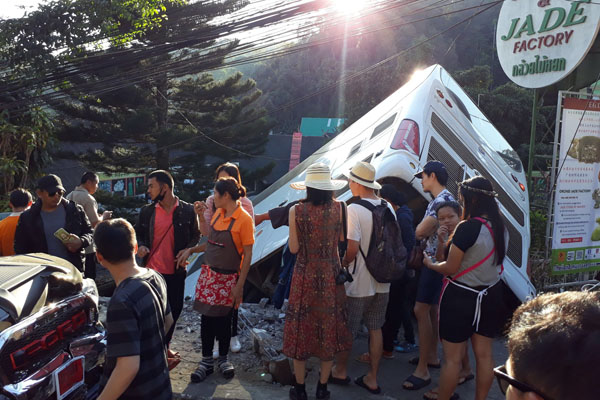 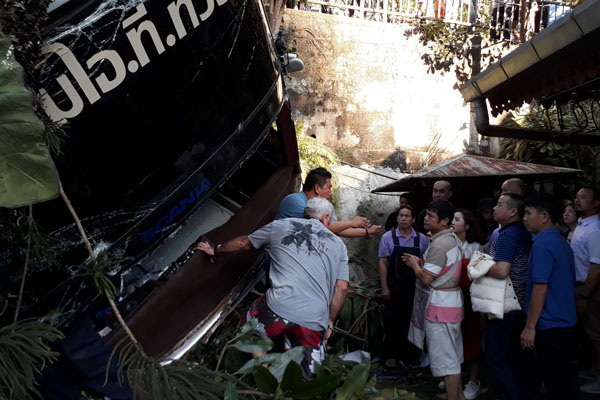