A total of 252 phayung planks, three pickup trucks and nine chainsaws have been seized in six raids staged over the past month by a military task force in Thap Lan national park and adjacent forest areas. (Photo by Prasit Tangprasert)

NAKHON RATCHASIMA: Forty-three Cambodian men have been arrested and equipment used for cutting wood seized as part of a continuing crackdown on illegal logging in and around Thap Lan National Park.

The Cambodian workers were apprehended in the forest behind Dan Lakorlang village in tambon Non Somboon of Soeng Sang district on Friday by a military-led task force. Seized from them were saws and other equipment and a number of phayung (Siamese rosewood) logs and planks.

Footage from closed-circuit television cameras installed in and around the park captured the men carrying equipment and food supplies into the forest.

The arrests brought the number of suspected log poachers caught in the park to 95, including 89 Cambodian nationals and six Thai men, in six raids that began on Dec 25, said Col Norathip Poinok, head of the task force.

A total of 252 processed phayung planks, three pickup trucks and nine chainsaws have been seized in the six cases.

Col Norathip said the task force had been keeping a close watch on illegal logging and found that migrant workers were hired regularly to illegally cut protected phayung trees in the northeastern province.

An initial investigation found some Thais had colluded with Cambodian wood traders in the illegal activity, said Col Norathip. 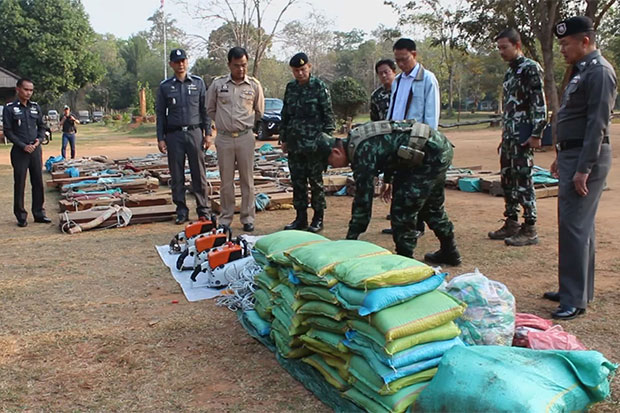 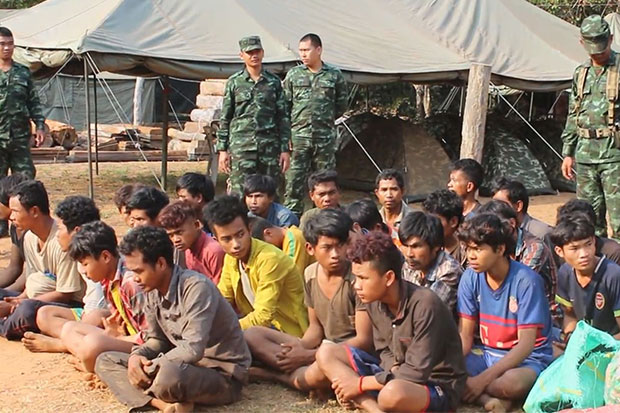