The Pollution Control Department warned on Thursday that unhealthy levels of particulate matter would continue to make life uncomfortable in Bangkok for a few more days, blaming it on weather conditions.

The department reported the noon levels of particulate matter 2.5 microns or less in diameter (PM2.5) ranged between 72 and 95 microgrammes per cubic metre of air. This was up from 69-94mcg on Thursday morning. The safe level is no more than 50mcg.

The department said fine-particle pollution was rising throughout the capital.

Director-general Sunee Piyapanpong said the cold weather caused particulate matter to accumulate in the air and, based on weather forecasts, Bangkok's air was likely to remain highly unhealthy for a few more days.

She advised people with health problems, especially respiratory issues, to avoid areas of traffic congestion but she did not warn against outdoor activities at this time.

The city's air has been polluted since late last month. Officials blamed it on still air, which was normal during the seasonal transition from winter to summer and does not ventilate the capital. 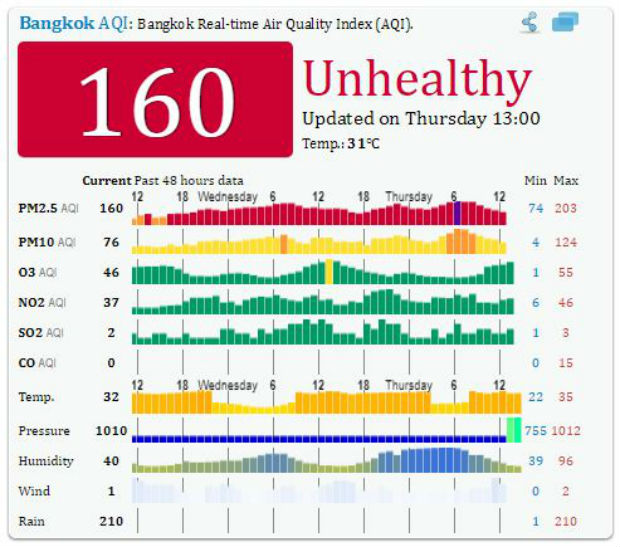