His Majesty the King has relieved Virat Chinvinijkul of his duty as privy councillor, effectively on Friday. 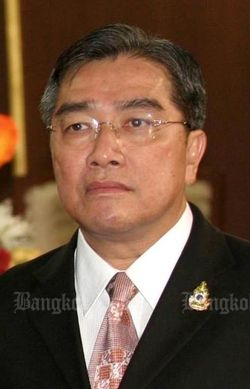 The announcement was made in the Royal Gazette on Friday.

Mr Virat, 66, was appointed privy councillor on Dec 12 by the King. He is now chairman of the Ramkhamhaeng University Council.