The turnover of evidence to police by forensic investigator Kanita Ouitavon (centre) was photographed Friday by the DNP (Department of National Parks, Wildlife and Plant Conservation). Deputy national police chief Srivara Ransibrahmanakul has claimed it was tainted by chemicals. (Photo FB/wildbananablue)

Deputy national police chief Srivara Ransibrahmanakul said Sunday he would ask forensic police to clear the air with the Department of National Parks, Wildlife and Plant Conservation (DNP) over reports about "missing evidence" in the illegal poaching case against construction tycoon Premchai Karnasuta.

According to Pol Gen Srivara, he did not criticise the DNP's handling of evidence and he would assign police forensic officials to clarify the matter with the DNP.

Police investigators and the DNP were working closely on the case.

He said police are waiting for a report from the DNP's wildlife forensic team before they conclude the investigation and submit the case to the prosecution by March 24.

The deputy police chief's remarks followed a Facebook message posted by Kanita Ouitavon, chief of a wildlife forensic science team attached to the DNP, over the handling of evidence. She criticised Pol Gen Srivara's remarks, saying they were inaccurate.

The DNP's team had received six knives and a cutting board from police for examination to determine if there was the DNA of animals on the tools.

The tools were seized during the arrest of Mr Premchai and three others at a no-camping zone in the Thungyai Naresuan wildlife sanctuary in Kanchanaburi for alleged poaching on Feb 4.

The suspects were found in possession of the carcasses of protected wild animals and a black Indochinese leopard pelt. 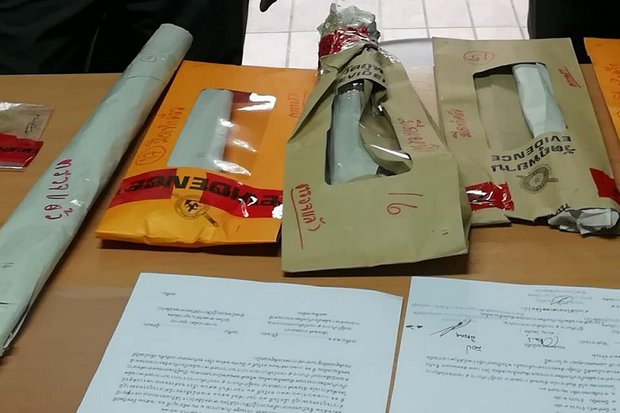 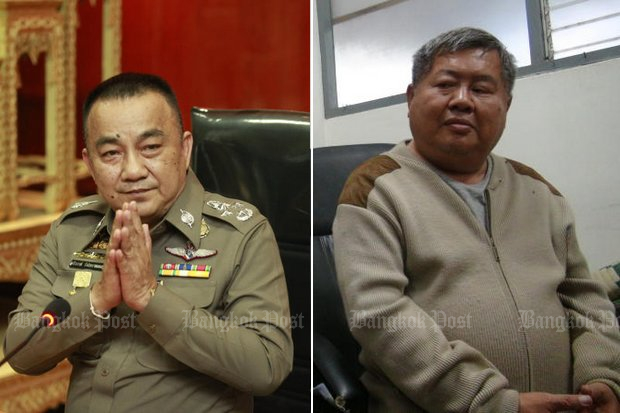 On Friday, Pol Gen Srivara was quoted in media reports that the knives were tainted with chemicals making it impossible to collect any human DNA from them.

In a media interview, Ms Kanita said her team did not "mess up evidence" submitted by police forensic officials and handled every piece of evidence properly.

According to Ms Kanita, the DNA was collected by swabs.

The animal DNA found on the knives and the cutting board belonged to the same black Indochinese leopard.

She also said the evidence was handed over to police last Friday. She added the report should reach police investigators today.

"It's a bit confusing to hear that we used chemicals to collect the DNA when we did not," Ms Kanita said.

"It's irrelevant and unnecessary. The DNA is collected from the tools submitted by police."

Ms Kanita said the collection and examination of human DNA is the work of police forensic officials, adding she was informed by police that human DNA samples and fingerprints were collected before the tools were handed over to the DNP.

Pol Gen Jarumporn Suramanee, a retired police forensic expert who has been invited by the Ministry of Natural Resources and Environment to help in the case, gave assurances Sunday that evidence would not be tampered with.

He said a committee set up to follow up the illegal poaching case would meet today and it is expected to address public concerns about the case.