A NokAir Bombardier Q400 twin jet prop like the one that developed a fault at Buriram airport. (Nok Air photo)

Buri Ram airport was close all day Monday after a Nok Air's first flight out in the morning developed a problem that left the plane grounded and blocking the runway.

Nok Air flight DD9603, with 61 people on board, was scheduled to take off for Don Mueang airport at 7.40am.

The Bombardier Q400NextGen twin jet prop developed an unspecified problem and was stranded on the only runway.

The problem was not specified. The low-cost airline was sending engineers to fix it.

All Nok Air and Thai AirAsia flights through Buri Ram were diverted to neighbouring airports in Roi Et and Ubon Ratchathani. Passengers were being transferred by bus.

It was not known when the airport would reopen. 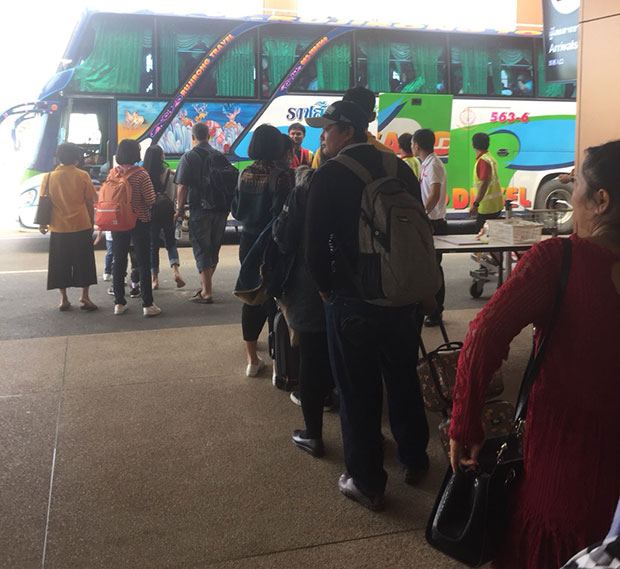 Passengers board a bus for transfer to airports in Roi Et or Ubon Ratchathani after a Nok Air aircraft stalled no the runway at Buri Ram airport on Monday. (Photo by Pikool Kaewhawong)