Fresh photo provided Monday, taken from a commercial airline flight to Chiang Mai, shows the full extent of the vertical clear-cutting of the forest extending upwards from the base of Doi Suthep by construction of the Appeal Court Region 5's office and housing estate. (Twitter/@k5_rescue)

The ball is in the government's court now after the executive committee of the Courts of Justice decided Monday to forward the fate of the controversial housing and office building project in Chiang Mai to Prime Minister Prayut Chan-o-cha for advice.

The committee said it could not comply with the demands of the project opponents that work cease or the structure be demolished, out of concerns about likely legal repercussions.

Sarawut Benjakul, secretary-general of the Office of the Courts of Justice, said the office would be sued for breach of contract and would face demands for compensation if the project was terminated.

The Office of Auditor-General would hold it responsible for damage caused to the state if it proceeded to demolish the structures.

"If the government has any recommendations such as temporarily suspending use of the accommodation during the forest rehabilitation process, the Office of Courts of Justice has no objection," he said.

In a related development, conservationists and local residents in Chiang Mai province remained steadfast in their demand for the demolition of 45 detached housing units and nine condominium buildings on the hill slope. However, they decided to spare the office building of Appeal Court Region 5 Office as the building is on flat terrain. 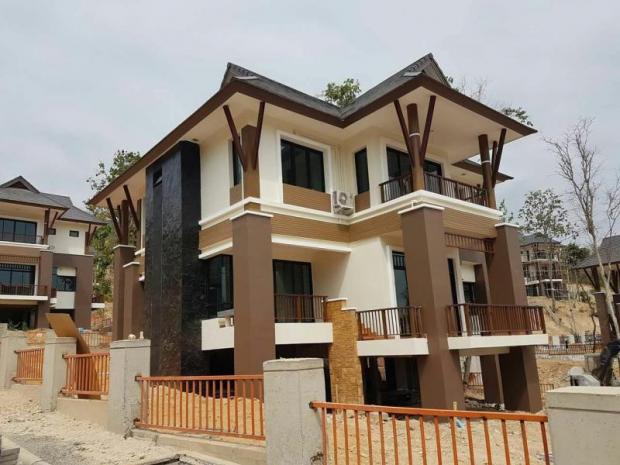 A Facebook page set up to campaign for the demolition of the controversial housing and office building project for the Appeal Court's Region 5 Office shows photos of the houses.

The project, located at the foot of forested Doi Suthep mountain in Mae Rim district, is intended for judges and officials of the Appeal Court's Region 5 Office. The project is due for completion on June 9 this year.

The meeting was organised on the behalf of the National Council for Peace and Order to gather opinions.

Chatchai Naktipawan, a senior forestry official at the Chiang Mai office, expressed concern about the risk of landslides as the terrain where the accommodation was built was on a 12-26 degree slope.