Police are zeroing in on foreign criminals who enrol at language schools to obtain education visas so they can live in Thailand and commit crime. 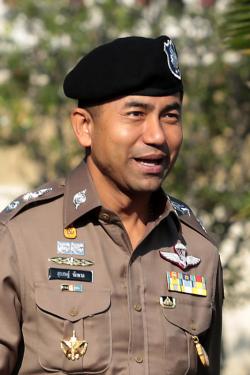 Tourist Police deputy commissioner Surachate Hakparn said the search came as some criminal elements from Africa were found to have enrolled as students at language schools.

"There are foreign criminals who come to Thailand and enrol on such courses so as to change their tourist visas to education visas, which grant them a permit for a much longer stay," Pol Maj Gen Surachate said.

After enrolling in the courses, these criminals do not show up at the classes, he said.

Student-certified documents issued by the schools must be submitted to provincial education offices before they can seek a change of visa status at the Department of Consular Affairs of the Ministry of Foreign Affairs.

He said an initial probe also found some unscrupulous police officers were helping these foreigners obtain student visas at a cost of around 40,000 baht as a "management" fee.

"This week, the Tourist Police will hold a meeting with the Department of Consular Affairs and the Education Ministry about the problem," Pol Maj Gen Surachate said.

Last week's raids, which targeted 118 locations across the country, underscored the government's clampdown on foreigners who overstay their visas, he said.

In the operation, officers apprehended 99 foreigners, most of whom had either overstayed their visas or entered the country illegally.

According to Pol Maj Gen Surachate, some foreigners were found to have been involved in romance scams, credit card skimming as well as drug trafficking. Many are from Africa, he added.

Police are keeping eye on suspects from Nigeria, Cameroon, Guinea and India. Some of these people had 300,000-400,000 baht in their bank accounts but were unable to explain how they obtained it, he said.

He said almost 100,000 foreigners are believed to have currently overstayed their visas, with more than 4,000 busted for the offence in the recent crackdowns.

These operations have led to a sharp drop in criminal offences committed by such people in Bangkok, according to Pol Maj Gen Surachate.

"This is a challenge for immigration officers in Thailand who must step up efforts to stop foreigners with criminal motives from entering the country," Pol Col Choengron said.

He said his bureau has heightened measures to screen people at airports and border checkpoints, particularly for individuals who leave and re-enter Thailand overland to renew their visa-exempt status on so-called visa runs.

These foreigners will be stopped and asked to apply for the appropriate visas, he noted.

According to Pol Col Choengron, the Immigration Bureau will begin checking the fingerprints of those entering via international airports so they can be compared with those on the blacklist.

A facial recognition system will also be used to determine whether people's faces match with those in their passports, he said.