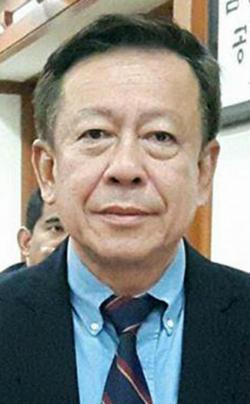 The EC Tuesday decided to appoint Pol Col Jarungvith, the current caretaker chief, as the new secretary-general with a five-year term.

The committee came to a unanimous decision after interviewing all the five nominees on Monday.

The newly elected secretary-general was appointed following his visit to Malaysia Tuesday. However, he told the Bangkok Post in a phone interview he appreciated that the EC trusted him to take the position.

"I will work hard, diligently and to my fullest. The first task which requires immediate action and attention is to fix the structural problems in various areas of the organisation in order to best handle the upcoming elections," Pol Col Jarungvith said.

"There have been a lot of changes to the law in a variety of aspects which will require reformation in the way work is done. Staff under my leadership will have to go through new training in preparation for these changes," Pol Col Jarungvith added.

"These necessary adjustments will hopefully cement and institutionalise ethics in politics. They will build a new political culture under the guidance of legitimate democratic principles while yielding individuals with great knowledge, capabilities and neutrality to provide supervision over the elections," Pol Col Jarungvith said.

The new EC secretary-general, 59, was transferred from the investigative unit of the Royal Thai Police to the EC's office when it was established in 2007.

His predecessor Puchong Nutrawong's employment ended on Dec 8, 2015, but a replacement had yet to be appointed prior to Pol Col Jarungvith.