Done with their exams last month (above) thousands of students are awaiting word on whether they have successfully won seats at a university - amidst criticist that the new Thai University Central Admission System (TCAS) has broken down. (File photo by Apichit Jinakul)

Parents and critics have cried foul over the faulty university admission system which has left scores of young applicants unable to get placements or who landed in faculties which were not their preferred choices.

The applicants, almost all of whom are high school graduates, insisted their failure to get places or their placements on less-preferred courses stemmed from top-knot applicants hogging seats, which is one of the major problems the new admission system, known as the Thai university Central Admission System (TCAS), is supposed to tackle.

However, the Council of University Presidents of Thailand (CUPT), which supervises the direct university admission method, has defended the system although it acknowledged systematic and technical flaws. The CUPT said the flaws will serve as a lesson for improving the system for next year.

There are five channels for university admission. The CUPT-supervised admission, which has drawn fierce criticism from parents and critics, is one of them.

A group of frustrated parents went to the Office of the Higher Education Commission yesterday to complain about the TCAS's direct admission channel. 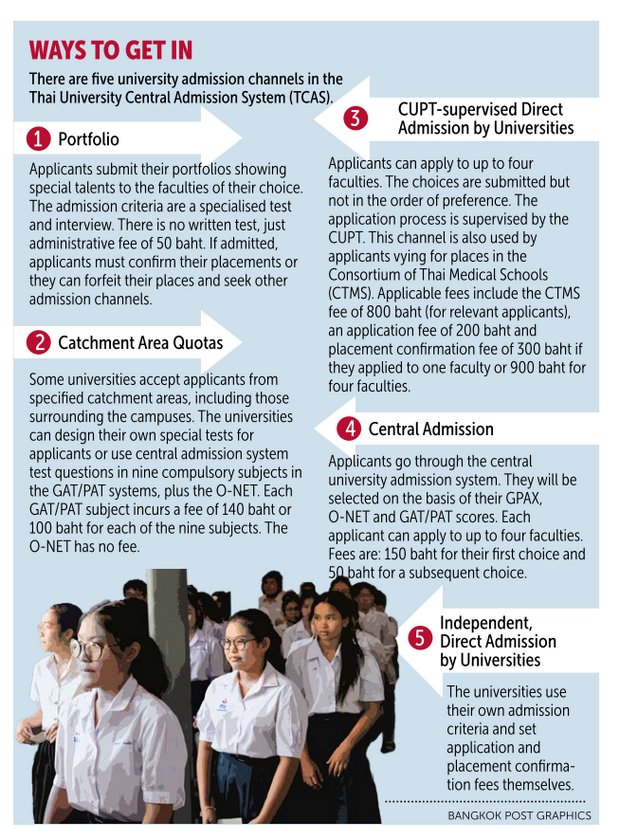 Anchana (surname not given), who led the group, said the channel has confused applicants because they are permitted to apply to up to four faculties. However, they cannot rank their choices in terms of preferences.

The inability to rank the choices made it hard for the choice of most preferred faculty to be allocated to applicants even if their scores qualified them for it.

The CUPT also has failed to adequately communicate vital information, such as the date for the direct admission application. To make matters worse, the CUPT's web portal went offline for several hours earlier this month due to technical glitches, prompting an apology from the CUPT.

The web portal run by the CUPT crashed on May 9, the opening day of the third round, causing many students to fume about the unstable system.

Kanchana Kittivichai, the mother of an applicant, said her son has had to settle for a second-choice faculty even though he was confident his scores were enough for him to clinch his preferred spot.

Ms Kanchana shares the frustration of some other parents after high-performing applicants seeking placements in the most competitive departments such as the faculties of medicine won seats in other faculties at the same time. The applicants were accused of hogging the seats, leaving little or no room for other candidates.

The medical student aspirants also pushed up the average admission scores of some faculties which resulted in many applicants failing to obtain seats or landing seats of lesser choice.

Some parents have demanded the CUPT redress the problems and find a solution or they might consider taking the case to the Administrative Court.

CUPT secretary-general Prasert Kanthamanon said the CUPT has received recommendations from parents and applicants on how to improve the TCAS next year. These include reducing the number of department options which applicants are eligible to apply for in the direct admission from four to two to lessen the possibility of seat hogging.

Another suggestion is to let candidates apply for more faculties in the central admission system to accommodate applicants that fail to get placements in the direct admission system.

"These are just some ideas. We will have to discuss them and see whether they are possible, but I can ensure that the system will be adjusted to benefit students," he said. 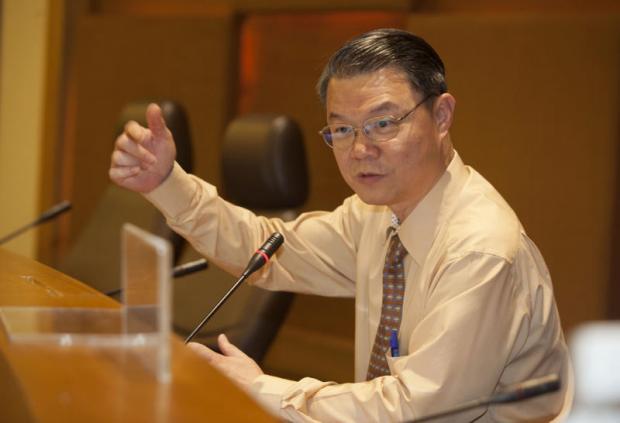 Prasert: Changes on the way

CUPT chairman Suchatvee Suwansawat said TCAS will uphold its purpose of reducing inequality among students vying for university seats. "We will improve the system to avoid situations where students who have secured university places unfairly block others as they explore other channels to enter their most preferred departments," he said.

Meanwhile, Nitida Sangsingkeo, former director of the Bachelor of Arts Programme in Journalism, Thammasat University, suggested the CUPT must take input from all sides in an inclusive approach to address the problems, including from people unaffected by the admission system but who might have a solution.