One of the piles of hazardous electronic waste in the compound of the D.K Plastic (Thailand) plastic recycling factory operated illegally by Chinese nationals in tambon Takhian Tia, Chon Buri. (Photo by Chaiyot Pupattanapong)

A team from the Department of Industrial Works, police and soldiers on Friday inspected the D.K Plastic (Thailand) factory in tambon Takhian Tia following complaints it was operating illegally and storing hazardous waste posing a health threat to local residents.

They found tonnes of electronic waste piled up inside the 4-rai compound of the factory. Four warehouses also stored waste from old computers and other electronic appliances.

Myanmar workers ran around in panic when the team entered the compound. All 21 migrant workers were later rounded up. Thirteen of them, 7 women and 6 men, had no work permits.

Radio communication devices and many untaxed cigarettes were also seized during the inspection.

Chen Youglin, 39, a Chinese national who admitted being the factory caretaker, was held for interrogation.

Samruay Khemthonglang, head of the Chon Buri industrial works office, said the factory's operators had earlier sought approval to operate a plastic recycling plant on the rented land. It had not passed inspection and had been refused a permit.

The factory had also breached the law in importing hazardous electronic waste for recycling, he added.

Naris Niramaiwong, the chief of Bang Lamung district led the team, said the factory was run by Chinese nationals who had been refused permission to operate a plastic recycling factory. They had also illegally imported prohibited raw materials.

The operators have been charged with illegally operating the factory, sheltering and employing illegal migrants, using the factory for the wrong purpose, having untaxed items in their possession, and running a business that posed a threat to people's health, the district chief said. 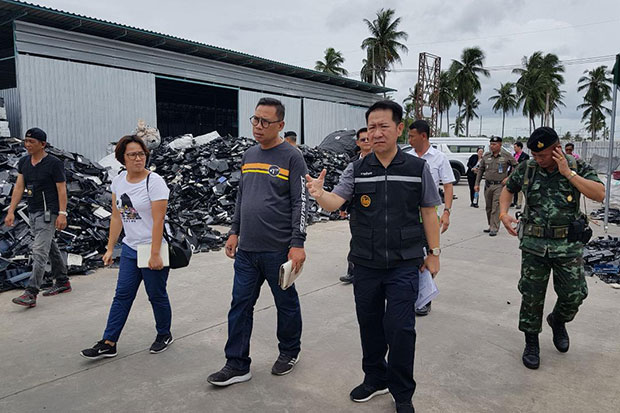 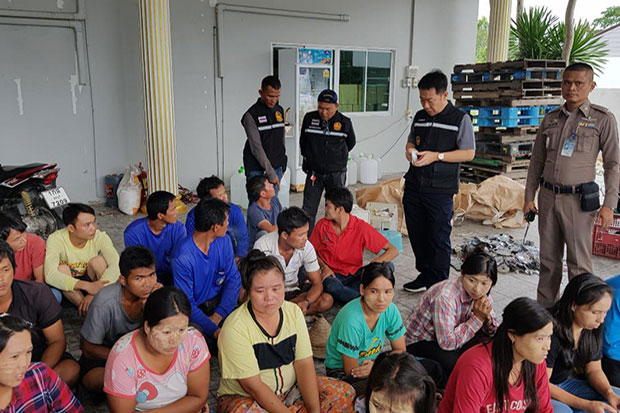 Twenty-one workers from Myanmar were found at the factory, and 13 were working illegally. (Photo by Chaiyot Pupattanapong)

SONGKHLA: Forty-one illegal migrants from Myanmar were caught on Tuesday as they boarded pickup trucks in Hat Yai district to take them to the southern border with Malaysia, where they had been promised there would be jobs.

HANOI: Vietnam and South Korea aim to raise the value of bilateral trade between the countries to US$100 billion next year and to $150 billion by 2030, up from $78 billion last year, the Vietnamese government said.