Police arrested 107 foreigners for visa offences and illegal entry during coordinated raids at 83 locations across the country early on Friday. Three Thais were also held for other offences.

A total of 110 people were detained, three of them Thais, said Pol Maj Gen Surachate Hakparn, deputy commissioner of the Tourist Police Bureau.

The seven others (3 from Thailand, 2 from Myanmar and one each from the Philippines and India) were charged with other offences, Pol Maj Gen Surachate said.

The raids were the 15th phase of the on-going crackdown, dubbed X-Ray Outlaw Foreigner, targeting foreign who entered the country to commit transnational crime and other crime that affects national security and Thailand's tourist image - such as romance scammers, credit card fraud and trading in illicit drugs. The operations also target foreigners overstaying their visas

To date,  a total of 1,517 foreign suspects have been caught at 3,799 locations across the country.

Pol Maj Gen Surachate said the problem of foreigners entering the country illegally and overstaying their visas has gradually improved.

He asked operators of restaurants and other businesses in tourist attractions to alert authorities if they notice foreigners overstaying their visas or committing offences. They can call the tourist police Hotline 1155 around the clock. 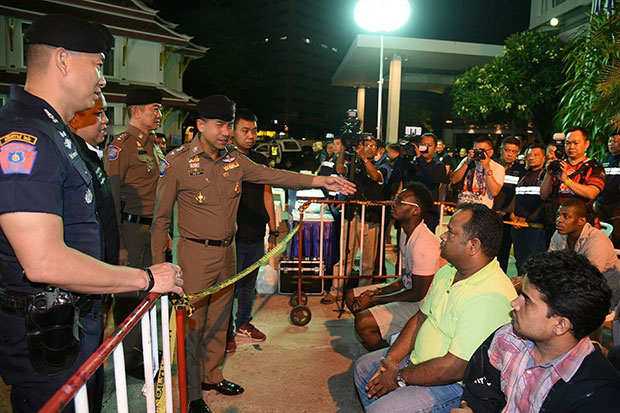