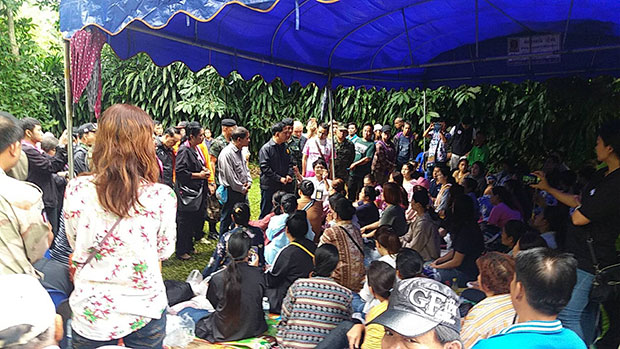 Families of the persons trapped inside the cave in the Tham Luang Khun Nam Nang Non Forest Park wait outside with hope to find them. (Photo by Channaphat Chaimol)

A video clip posted what is believed to be the operation to find 13 persons trapped inside the cave in the Tham Luang Khun Nam Nang Noon Forest Park in Chiang Rai.