Police arrested 21 Chinese nationals and a Thai on Tuesday for alleged manipulation of stocks and fraud on Chinese citizens.

Pol Maj Gen Surachate "Big Joke" Hakparn, deputy commissioner of tourist police, said the arrests were made during raids at two houses on Soi Supapong 1 and 3 off Srinakarin Road in Prawet district Tuesday evening. One of the houses belonged to Piraya Tejchinsirikul, 45. She was arrested together along with the Chinese.

According to Pol Maj Gen Surachate, the Chinese operators arrived in Thailand as tourists, and later sought to switch to student visas to study in Ayutthaya province.

In fact, he said, they did not study but fraudulently contacted Chinese citizens both in Thailand and in China through WeChat and QQ chat apps to invest in stocks. The suspects manipulated cheap Chinese stocks to support their fraud, which caused damage to China's stock exchange, the charge sheet alleged.

The gang based their operation in Thailand because they could easily enter and exit the country and 4G mobile phone signals were reliable, Pol Maj Gen Surachate said.

He quoted Miss Piraya, the house owner, as saying that she leased her home to the arrested Chinese for 100,000 baht per month, and knew nothing about the alleged crime. Police doubted her story and initially charged her with accommodating foreigners without providing required notice to the Immigration Bureau. 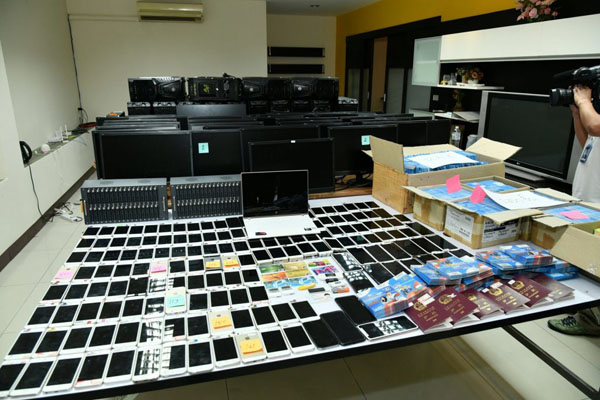 MIAMI: A major 7.7 magnitude quake struck in the Caribbean between Jamaica and Cuba on Tuesday, triggering a brief tsunami alert and sending hundreds of people pouring onto the streets of Havana.