Floodwaters inside Tham Luang cave exacerbated by continued rain are blocking attempts to reach the teen footballers and their coach. They went inside the cave in Mae Sai district, Chiang Rai, on Saturday afternoon and have not returned. 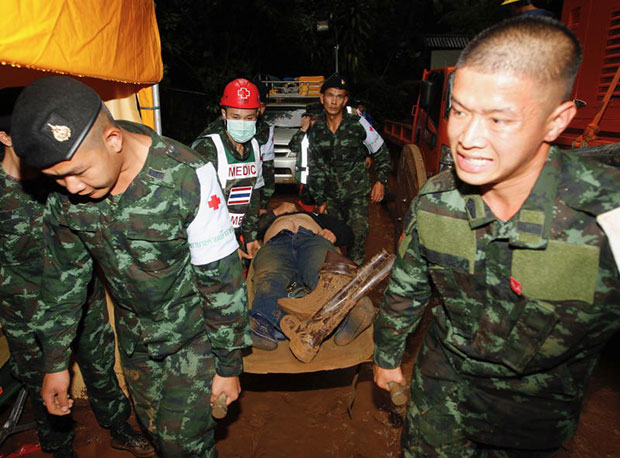 Army medical personnel carry an officer who fainted during the rescue operation for missing football players and their coach at Tham Luang cave on Wednesday. (EPA-EFE photo) 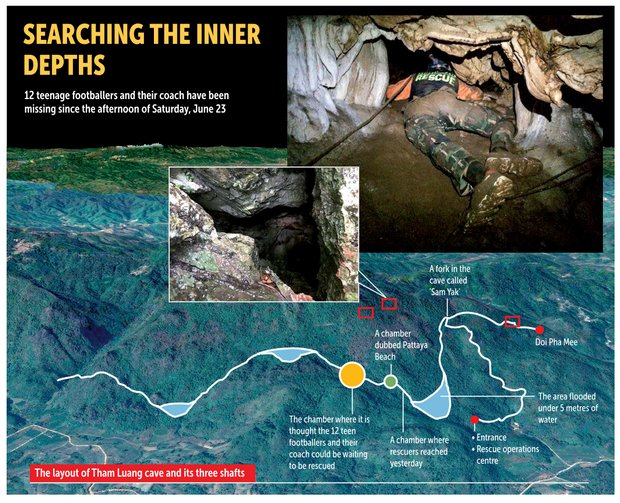 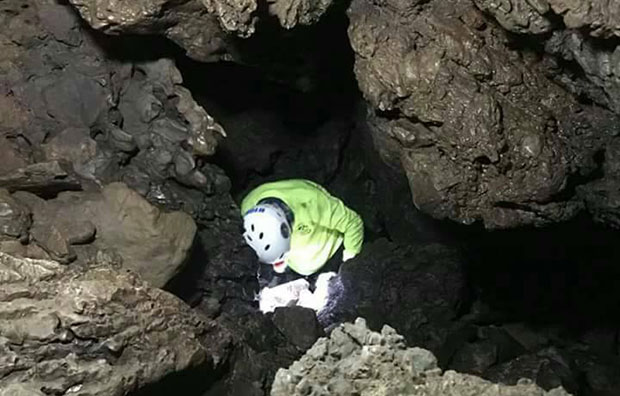 A search team member explores a rock crevice in hopes it could provide an alternate entrance to Tham Luang cave on Wednesday. (Photo from @DisasterNewsTH Facebook page)

Three British cave-divers, who have previously explored Tham Luang, arrived at the cape on Wednesday evening to help in the operation.