His Majesty the King has issued a message of appreciation, commendation and encouragement to the Thai and foreign teams who have located 12 young footballers and their coach trapped inside the Tham Luang caves in Chiang Rai since June 23.

"I am pleased and greatly relieved to learn that, on July 2, 2018, rescuers reached all 12 youth footballers of the Moo Pa (Wild Boar) Academy Football Club and their coach. This is good news not only for all Thais but also for those of other nations who have been following the event," the letter, dated July 4, says.

"Such an operation could not have been achieved unless there was unity of effort exerted by all in a disciplined manner, supported by great knowledge, dedication and sacrifice," the letter reads.

"These people, including officials of Chiang Rai province, police, military officials, medical officers, nurses, special operation teams, volunteers from all over the country, experts from abroad who travelled great distances and the mass media both from Thailand and beyond who provided full support as well as public encouragement and concern, have given a helping hand that was readily extended in complete disregard of self-interest." 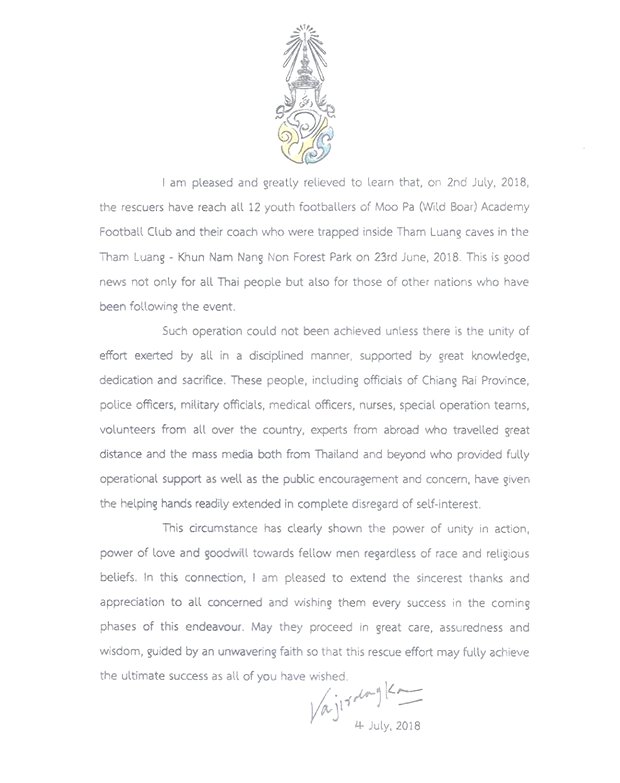