A rescued tourist aboard a navy vessel in the sea off Phuket Island. Two tourist boats and a jetski sank in rough seas with waves around 5-metres-high on Thursday. Dozens of people were still unaccounted for on Friday, with the confirmed death toll at least 10. (Photo: Third Naval Area).

PHUKET: The known death toll climbed to at least 10 as the search for 58 people, mostly Chinese tourists, still missing since two boats and a jetski sank off the coast of Phuket in rough seas continued on Friday.

Phuket governor Norapat Plodthong said 90 people were rescued. A total of 58 people remained missing and the search had resumed.

There were 105 people - 93 tourists, 12 crew and tour guides on board the Phoenix when it capsized at Laem Mong in front of Koh Hae in tambon Rawai on Thursday evening. 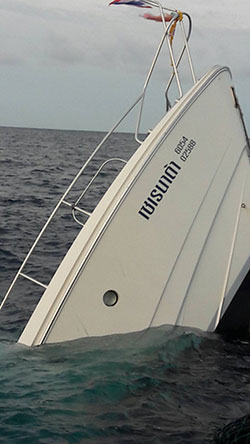 Only the bow of the Serenita shows above the surface of the water. (Photo: Marine Department)

The body of a male Chinese tourist was found near Koh Lon, said the governor.

“As of now, a total of 58 people are still missing. The search continues to find them,’’ he said.

According to the Phuket disaster prevention and mitigation office, at least 10  people had been confirmed dead. Some media put the known death toll as high as 17. During the day the unconfirmed figure continued to climb in unsourced news reports.

A report by Phuket police concluded that  three vessels capsized on Thursday. Of the missing, 56 people were from the Phoenix.

The two other missing people were on the boat Serenita, which was carrying 42 people -  35 tourists, five crew, one tour guide and one photographer. Forty of them were safe. The two missing people are crewman Arun Hasanbin and a 30-year-old Chinese man.

Two people were on board a jetski which also sank in the wild seas. Both were pulled safely from the sea, according to the police report.

“A command centre has been set up at Chalong Bay pier. Provincial authorities and the 3rd Army are mapping out measures for  land, water and air searches for the missing people,’’ the governor said.

Eight other boats with 166 passengers were stranded on Koh Racha on Thursday, unwilling to face the mounting  wind waves, Mr Norapat said.

On Friday morning, six of the boats and their 136 passengers returned to Phuket. Two boats remained there, one with 12 passengers and the other with 18. 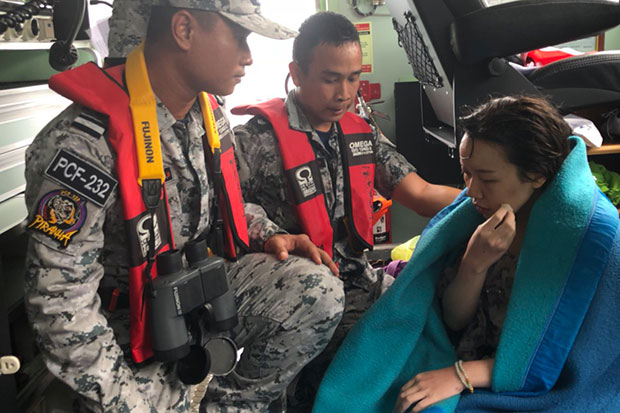 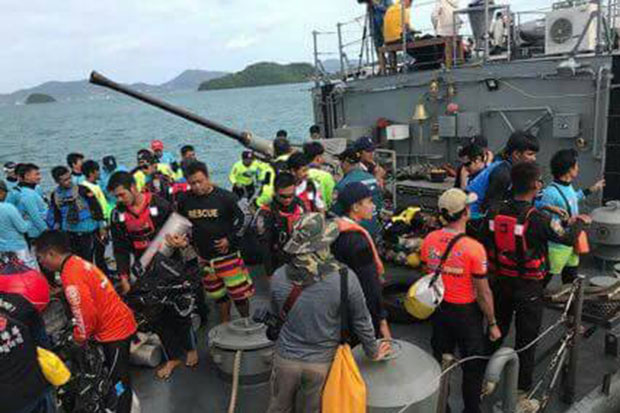 Rescuers on board a navy boat searching for the missing tourists. (Photo: Third Naval Area) 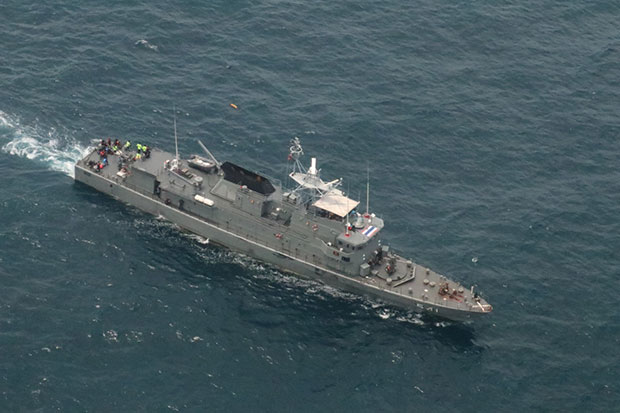 A navy patrol boat heads out to joing the search for the missing people. (Third Navy Area) 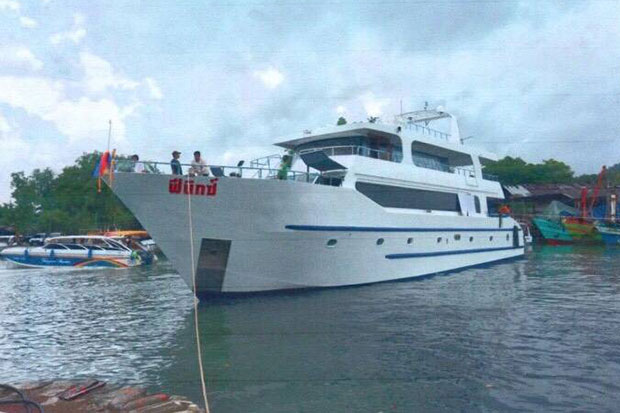 An earlier photo of the Phoenix at a mooring. (Photo: Marine Department)