The State Railway of Thailand (SRT) is worried that the planned Shinkansen-like Thai-Japanese high-speed railway from Bangkok to Chiang Mai will run at a loss when it opens, citing a 66% drop in predicted daily passenger numbers.

Acting SRT governor Voravuth Mala made the observation after learning the results of a feasibility study from the Japan International Cooperation Agency (Jica).

The study stated there will be around 10,000 passengers per day, against the original estimate of 30,000, he said adding that the entire route should service around 50,000 passengers per day to earn a profit from ticket fares. He said the Transport Ministry must review investment plans for the project before sending them to the cabinet for approval next month.

Jica's research estimated the high-speed rail's first 380km phase from Bangkok to Phitsanulok will cost around 276 billion baht. Seven stations have been planned for this phase. They are Bang Sue, Don Muang, Ayutthaya, Lop Buri, Nakhon Sawan, Phichit and Phitsanulok.

Thai transport authorities had tried to convince Jica to cut costs by reducing the number of stations. Jica had disagreed, saying it would defeat the original purpose of the project. 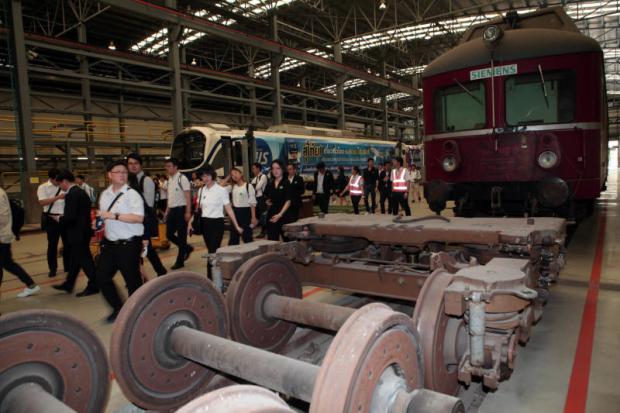 Jica studies have reported ticket fares for the entire 670km of the Bangkok-Chiang Mai route will cost around 1,000 baht.

"High-speed railways are surely on the more expensive side, but it is a long-term investment, he said."

The SRT also has plans for land development along the high-speed railway set to link Don Mueang, Suvarnabhumi and U-Tapao airports. Mr Voravuth said 175 rai of land -- 150 rai in Makkasan and 25 in Si Racha, Chon Buri -- has already been valued at over 50 billion baht.

Meanwhile, Srisuwan Janya, secretary-general of the Association to Protect the Thai Constitution, has filed a complaint to Prime Minister Prayut Chan-o-cha demanding reference terms for the airport-linking railway be changed to "better suit the rights of the public".