These chimps and all the other animals at Dusit Zoo will be placed in the care of other zoos after Dusit closes for good at the end of August, until construction of their new home in Pathum Thani is completed. (Bangkok Post photo)

The end is nigh for Bangkok's famous Dusit Zoo, which will close its gates for good at the end of this month and begin the slow move to its new home in Pathum Thani.

Dusit Zoo posted the news on its Facebook account on Wednesday, announcing that Aug 31 will be the last day visitors will have to see the animals and enjoy the tranquil park atmosphere of the zoo at its current location, opposite the parliament building and near the royal palace.

The zoo will be moved to its new 300 rai home in Thanyaburi district of Pathum Thani, which is three-times the size of the present zoo. The land was gifted to the zoo by His Majesty the King. "The animals will have a better quality of life" in such a spacious new home, the zoological society announcement said.

The construction of a new zoo has not yet begun. A consultant has been hired to survey the site and  ensure the new zoological garden will be up to international standard, the zoo added.

All the animals will be temporarily moved to any of six other zoos -- Khao Kheow in Chonburi, Chiang Mai, Nakhon Ratchasima, Songkhla, Ubon Ratchathani and Khon Kaen -- also operated by the Zoological Park Organisation. (continues below) 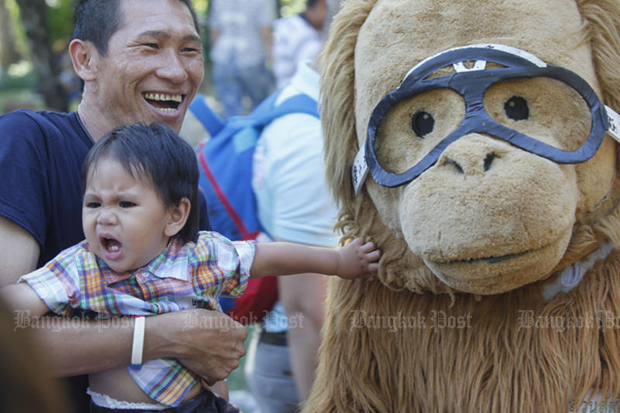 This toddler was a little frightened by an orangutan mascot who just wanted to say hello, at Dusit Zoo. (File photo by Pattarapong Chatpattarasill)

For animal lovers worried about the animals' temporary homes, Dusit Zoo gave an assurance they would be well taken care of by their expert handlers.

Dusit Zoo will host an event to celebrate the 86th birthday of Her Majesty Queen Sirikit from Saturday to Monday, one of its last major activities before it becomes history.

Planned activities include exhibitions, a walking rally, a forum to increase animal  awareness and , highlight, the first appearance of the smallest hornbills in Thailand.

Details of the zoo's closure and relocation of the animals will be announced next Tuesday. 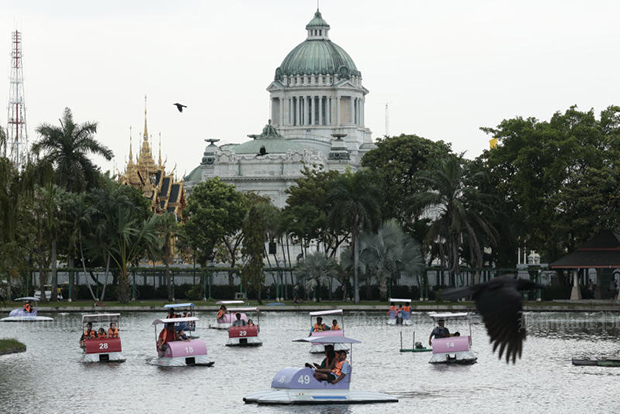