Police arrested actor Jiratpisit "Boom" Jaravijit, 27, in Chatuchak district on Wednesday for alleged money-laundering following a complaint that he fraudulently lured a foreigner into investing 797 million baht in digital currency. 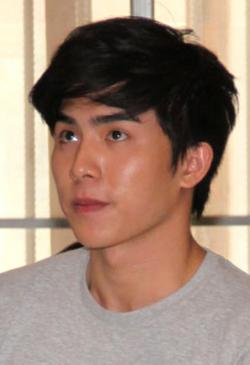 Mr Jiratpisit, a native of Chon Buri, has denied the charge.

He was arrested while he was at the Major Cineplex Ratchayothin complex for a film-shoot. The Criminal Court issued a warrant for his arrest on July 26 on a charge of collusion in money-laundering.

The actor is one of seven suspects in the alleged fraud. Earlier police received a complaint from a Finnish man identified as Aarni Otava Saarimaa who said he had been lured into transferring money in the form of bitcoin to them in the belief they would buy shares in companies that invested in the digital currency Dragon Coin.

The complainant told police at the Crime Suppression Division (CSD) that 797 million baht worth of bitcoin was transferred to the suspects' e-wallets. The complainant never received any dividends from the claimed companies nor an invitation to their shareholders' meetings.

It was also alleged the "companies" did not invest in Dragon Coin and that the suspects repeatedly sidestepped questions when quizzed about what was happening.

The victim said he came to know the people he sent the cryptocurrency to in June last year.

According to the CSD, a gang was involved and its members withdrew the bitcoin from the e-wallets and converted it into Thai baht. It was then remitted to their bank accounts.