Wathanapol Seesawat, left, poses for a picture as a new novice. He was fatally assaulted by his 64-year-old mentor monk. (Photo by Piyarach Chongcharoen)

KANCHANABURI: A nine-year-old boy ordained during his school break and then violently assaulted by a senior monk, his mentor, died on Thursday night after five days in a hospital intensive care unit.

Wathanapol Seesawat was declared dead at Phaholpolpayuhasena Hospital in Muang district about 8.15pm. He never awoke from a coma.

His mother, Sukanya Tunhin, 33, said her heart was broken. She had expected a miracle and a reunion with her son. He had recently seemed to be improving and had responded to medication.

Ms Sukanya and her husband, Wathana, were firm in saying they would take full legal action against the former monk who had assaulted their son.

The boy was assaulted at Wat Don Khamin in Tha Maka district on Aug 18. He sustained head injuries, internal bleeding, severe bruising and a broken arm.

The abbot of the temple said earlier that Mr Supachai had been an ordained monk at the temple for decades and had no record of violence.

However, the boy's parents recently said they had seen bruises on their son's body before the fatal beating. The mother had been reluctant to complain because the monk used to give her food.

Mr Wathana, who works as a truck driver in Rayong province, said he regretted having ignored earlier complaints from his son about being beaten. He thought the mentor monk was trying to correct the boy's mischievous behaviour.

The boy's body has been moved to the Institute of Forensic Medicine at Police General Hospital for an autopsy. 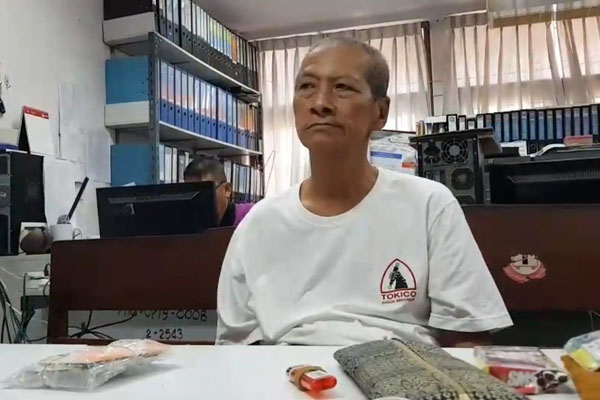