However, police will charge the parents of an actor involved in the alleged fraud with money-laundering, and the prime suspect remains at large.

Pol Col Chakrit Sawasdee, deputy commander of the Crime Suppression Division, said on Tuesday that Mr Saarimaa withdrew the complaint against Prasit Srisuwan and Chakris Ahmad last Thursday, after they reached agreement on a settlement.

Mr Prasit is a prominent stock trader and Mr Chakris is a major shareholder of Expay Software Co.

Pol Col Chakrit said he did not know how much compensation was involved in the settlement. Mr Saarimaa was permitted to withdraw the complaint because by law a fraud case could be settled.

He also said interrogators would this week summons Suwit Jaravijit and his wife Lertchatkamol to acknowledge money-laundering charges, because they received money paid by their son Prinya into their bank accounts.

Mr Prinya is believed to be overseas. Police intend to charge him with fraud in the alleged theft of bitcoin from Mr Saarimaa. His younger brother, actor Jiratpisit, also known as Boom, was arrested earlier and charged with money-laundering.

The Finnish investor, together with Thai businesswoman Chonnikan Kaewkasee, complained to the CSD in January about losing bitcoin worth 797 million baht to Mr Prinya and his group, who were supposed to invest the money in the shares of three firms, including Mr Chakris' Expay Software Co, in June last year.

They did not receive the agreed number of shares, refusing to accept a much lower amount offered to them.

Mr Saarimaa transferred money through bitcoin to Mr Prinya’s electronic wallet. Mr Prinya allegedly did not spend the Finn’s money on the agreed investments, but stole much of it - transferring some of the money to members of his family. 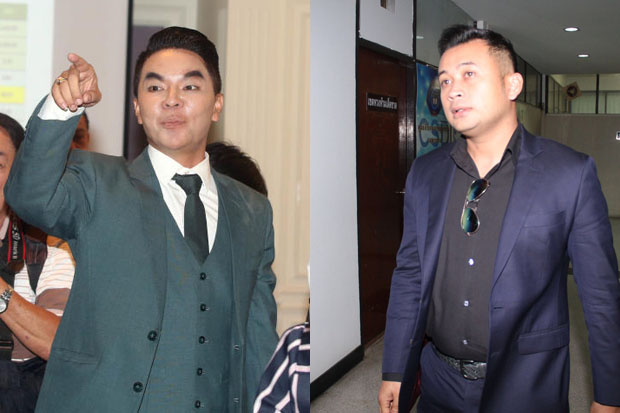