A bill that would allow two narcotic plants, marijuana and kratom (Mitragyna speciose), to be grown for medical research purposes has been submitted to the Secretariat of the Senate, Somchai Sawaengkan, a member of the National Legislative Assembly (NLA), said yesterday.

The draft amendment to the Narcotics Act BE 2522, will then be published on the NLA website for 15 days before public hearings are held. After that, the assembly will begin deliberating it, said Mr Somchai, one of 42 NLA members who proposed the bill.

They came up with the idea after studies proved the medicinal properties of marijuana extracts and their potential to assist certain cancer treatments, he said.

According to the bill, permission can be granted to state agencies who request permission to grow and use marijuana, a Type-2 narcotic, or kratom (Type 5), for a medical research project or other types of research, he said.

Only those medical professionals residing in Thailand will be eligible to submit a request to grow and use marijuana and kratom, and they must have not before been sentenced in any criminal cases associated with narcotics, stimulants or narcotic vapours, he said.

They must also not have had their professional licences revoked, be persons of unsound mind, or be physically or mentally incapacitated, Mr Somchai said.

Requests can be submitted to the Office of the Narcotics Control Board (ONCB) for consideration.

NLA president Pornpetch Wichitcholchai also expressed his support for the bill, saying the draft would likely be passed into law.

Earlier this week, the GPO said it would start clinical trials of marijuana soon as a preliminary step to producing medicines for four diseases.

The trial project will use 100kg of confiscated marijuana provided by the ONCB, the state agency overseeing the current crackdown on narcotics, the GPO said. It will build a special greenhouse to grow the premium-grade cannabis.

The oil extracted from these plants will be used to develop medicines for epilepsy and peripheral nephropathy, and others aimed at reducing the side-effects of chemotherapy and morphine substitutes. 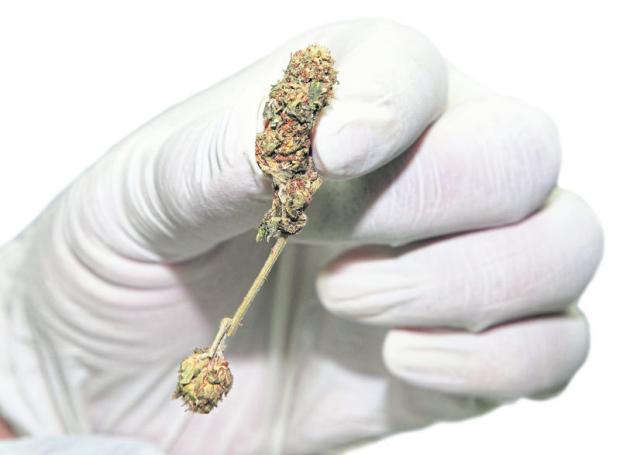 Marijuana will be grown and used for medical research purposes if the National Legislative Assembly passes a draft amendment to the Narcotics Act BE 2522. ap