Jeerawat Pramanee, assistant mayor, said the engineering department of the Hua Hin municipal office had designed the "Hua Hin Sky Walk Tower" to be built on the district's viewpoint hill.

The scenic tower would provide visitors with panoramic views and woud include an elevated glass walkway and a large "Hua Hin" sign visible from a distance.

If the project wins approval, the municipality office would seek budget funding to pay for the construction, Mr Jeerawat said.

The municipal office had so far produced a conceptual design. Details including the height of the tower, the distance of the walkway and the estimated cost had yet to be worked out, he said. 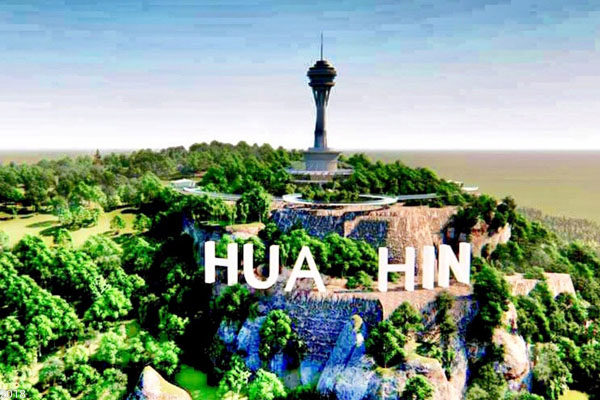