The closure of the world-class tourist site, Maya Bay in Krabi, to visitors was extended indefinitely to allow the damaged marine ecosystem to fully recover, drawing immediate protests from tour operators.

An announcement signed on Sept 28 by Thanya Nethithammakul, the head of the DNP, to close the bay and nearby La Dalam beach indefinitely from Oct 1 onward, until the marine and coastal resources and environment return to normal. 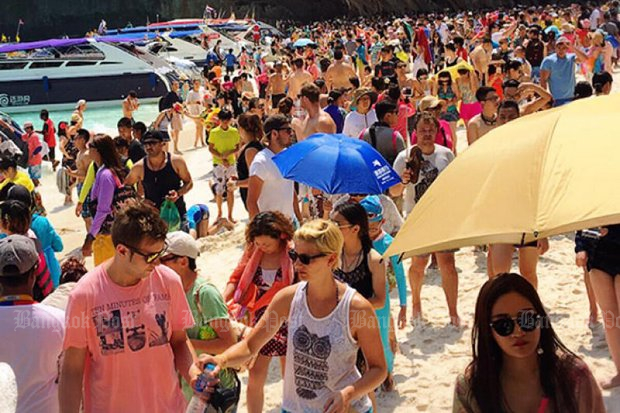 A typical day at Maya Bay before the closure ordered on June 1. 'We need at least a year or even up to two years' for rehabilitation, says the director of the Office of National Parks.