The "Phoenix" is still at the location where it sank on July 5 in an incident that killed 47 Chinese tourists.

PHUKET: Singapore and Thai divers are expecting unfriendly cooperation from nature as they will soon kick off another attempt to lift the deadly "Phoenix" boat from the seabed off the resort island.

"We have encountered strong undercurrents. Rough seas were also on the surface," said Passakorn Sirichuchote, a Marine Police diver, who surveyed the area 3.7km off Koh Hae, on Monday.

The Phoenix has lain 45m deep at the location since July 5 when it capsized and killed 47 Chinese tourists coming back from a diving trip in one of the worst losses for the tourism industry.

The police diver said he expected difficulties lying ahead but was still confident that the experience of the Singapore team would help them overcome the obstacles.

Authorities have been unable to refloat the boat, starting with the operation of Spitz Tech which was taken over by Sunquest Marine of Singapore.

The Singapore firm will early on Tuesday move its equipment from the Phuket deep-sea port to the spot where the ship sank. The machines and divers will stand ready for a 1,200-tonne floating crane and a tug boat now on the way from Singapore.

Wiwat Chidcherdwong, the Provincial Marine Office in Phuket, said the floater could arrive in Phuket by Tuesday evening, a slight delay from the original schedule set for Monday. 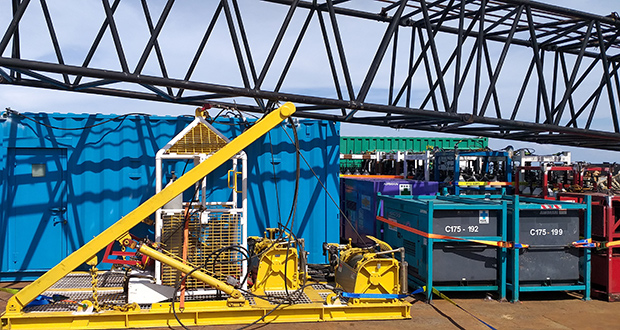 Equipment at the Phuket deep-sea port will be moved to the area where an operation to salvage the Phoenix begins this week. (Photo by Achadtaya Chuenniran)

Acting Pol Lt Passakorn hoped that the boat would be refloated by Friday but he was already prepared for unexpected factors along the way. "Winds and waves change every day. And that could delay the work," he added.

His concern could be partially eased by the weather forecast of the Meteorological Department for this week. The weather agency said only some rains will be on the Andaman coast until Thursday, followed by heavy rains until the end of the week.

Police have charged Woralak Ruekchaikal of recklessness and the boat owner decided to fight the accusation in court. The boat itself will be a key evidence to substantiate the charge for investigators.

The tourism sector is still unable to recover as the confidence of tourists, especially the Chinese, plunged after the tragedy of their compatriots on board the Phoenix has called into question their safety during a visit to the kingdom.

Deputy Prime Minister Somkid Jatusripitak, who was in Shanghai on Wednesday, asked for help from Alibaba Group boss Jack Ma to promote tourism in Thailand.

SURAT THANI: The search resumed on Wednesday for a 35-year-old German tourist who jumped into the sea near Koh Phangan on Tuesday night, but he has not been found.

Singaporean man who was with a Taiwanese actress in an alleged police shakedown says he was told to pay a bribe or spend two nights in jail for having vaping devices he bought in Bangkok.

A new law criminalising the possession, consumption and selling of cannabidiol (CBD) in Hong Kong came into effect on Wednesday, placing the substance on par with heroin in terms of legal classification.