CHIANG RAI: Park and swamp land damaged during the Tham Luang cave rescue operation four months ago will reopen to visitors on Thursday after being rehabilitated and landscaped.

Khun Nam Nang Non was damaged when used as a retention area for water pumped from flooded Tham Luang cave, where 12 young members of the Moo Paa (Wild Boars) football team and their  coach  were trapped inside from June 23 to July 10, when they were rescued by an international mission to save them.

The announcement said 300 visitors at a time would be allowed into Khun Nam Nang Non, or the swamp with emerald green water. Shuttle bus services would be available at the entrance to the forest park.

Tham Luang cave remains closed. Visitors are allowed at the Chao Mae Nang Non shrine near the cave. A parking area has been provided about 800 metres from the shrine.

The people of Ban Jong Wat in tambon Pongpa, near the entrance of the forest park, on Thursday began decorating Nang Non beach with colourful umbrellas, or jong in local dialect. The beach is about 600 metres from Khun Nam Nang Non and about 2.5km from Tham Luang cave. 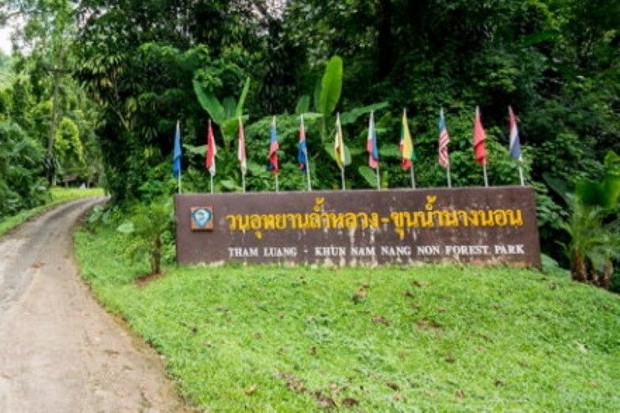 Rescue operations for the trapped Wild Boars football team took a heavy toll on the parkland outside the Tham Luang cave - but the area has been rehabilitated successfully.

Kamolchai Khotcha, director of the Protected  Area Regional Office 15, said Department of National Parks, Wildlife and Plant Conservation deputy chief Jongkhlai Worapongsathorn will preside over the reopening of Khun Nam Nang Non on Friday.  While visitors are allowed, swimming is prohibited as the swamp is about 6 metres deep, Mr Kamochai said.

Mr Jongkhlai and senior officials would also inspect progress in the construction of a wooden pavilion and  museum where a statue of former Navy Seal Saman Gunun, who died during the rescue mission, will be housed.

National artist Chalermchai Kositpipat led Chiang Rai artists to build the rescue museum. The statue of Lt Cdr Saman Kunan, also known as Sgt Sam, is expected to be placed in the museum on Dec 13. 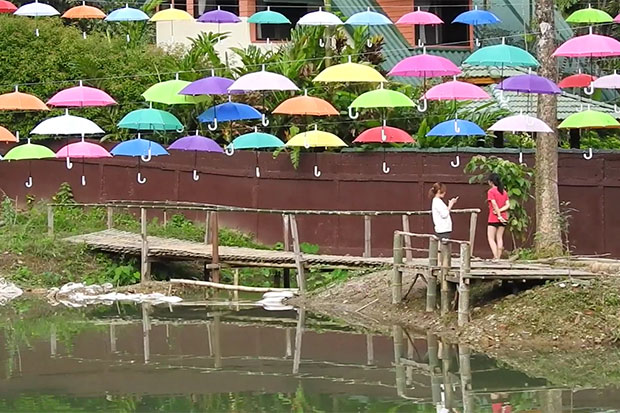