The fire started on Wednesday evening, when about 50 of the 800 employees at the plant began their overtime shift.

It was reported that repairs were being made to the roof of one of the warehouses. Welding sparks settled on part of the huge stock of used paper stored for recycling in the five-rai compound on Thai Ban Road in tambon Thai Ban. Staff tried in vain to control the blaze with fire extinguishers.

About 100 fire engines were deployed to fight the fire. Firefighters were forced to retreat at times for their own safety because of the intense heat and to avoid collapsing structures. A backhoe was used to remove paper stocks to create fire buffer lines. 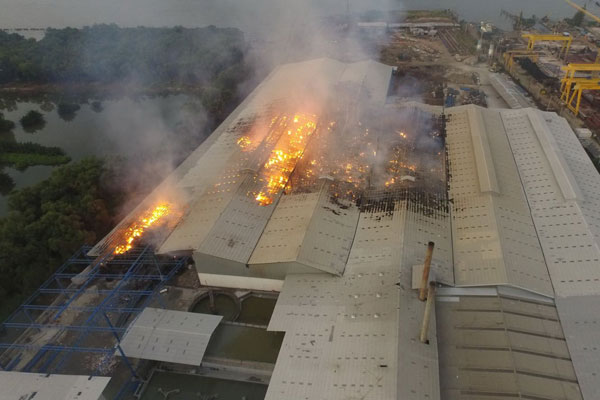