The new 1,000 baht banknote has won an international regional award for its design and improved security features to help prevent counterfeiting. 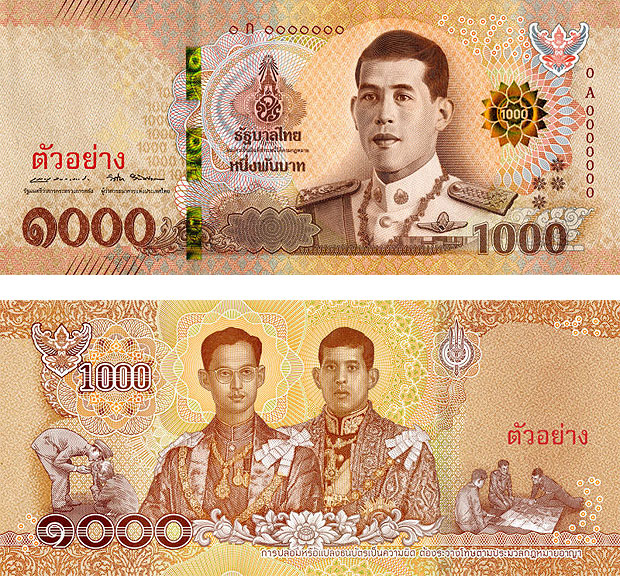 The 1,000-baht note that won the Best New Banknote award at the High Security Printing Asia 2018 forum in Hanoi. (Bank of Thailand photos)

It was named the Best New Banknote at the three-day High Security Printing Asia 2018 forum in Hanoi that ended on Wednesday, the central bank announced on Friday.
The 1,000-baht note was issued together with a new 500-baht note on July 28 to mark HM the King's 66th birthday.
"The 1,000 baht is the highest denomination in the series and is regarded as the most innovative and secure," the event organisers said on their website.
The notes were printed using Optically Variable Magnetic Ink, which improves security and helps prevent counterfeiting.
It is the second such award for Thai bank notes. The 1,000-baht note put into circulation in September 2015 during the reign of the late King Bhumibol won the Award for Banknote Excellence.
TRENDING
Do you like the content of this article?
COMMENT (19)
MORE IN SECTION