His Majesty the King pedals on Ratchadamnoen Nok Avenue as he leads the ‘Bike Un Ai Rak’ cycling event in a 39-kilometre round trip between the Royal Plaza and Lad Pho Park in Phra Pradaeng district of Samut Prakan yesterday. Her Royal Highness Princess Bajrakitiyabha also joined the event. (Photo by Patipat Janthong)

His Majesty the King presided over the opening of the "Bike Un Ai Rak 2018" event before leading a 39-kilometre round trip ride from the Royal Plaza to the Lad Pho Park in Samut Prakan's Phra Pradaeng district on Sunday.

The opening ceremony was held at 3.30pm at the Royal Plaza. At about 6.27pm, His Majesty led other cyclists along the route, which runs past various historical sites.

The Un Ai Rak fair runs from Sunday until Jan 19 at the Royal Plaza and Sanam Sua Pa.

A large number of people, wearing Thai traditional dress, turned up at the Royal Plaza and Sanam Sua Pa on Sunday morning, far in advance of the opening ceremony. They were allowed to enter the grounds at about 9.30am to see the various exhibitions through screening points on Si Ayutthaya road,  Sua Pa road opposite the First Army headquarters, and the footpath in front of the Ptt patrol station on Uthong Nai road before the opening ceremony. 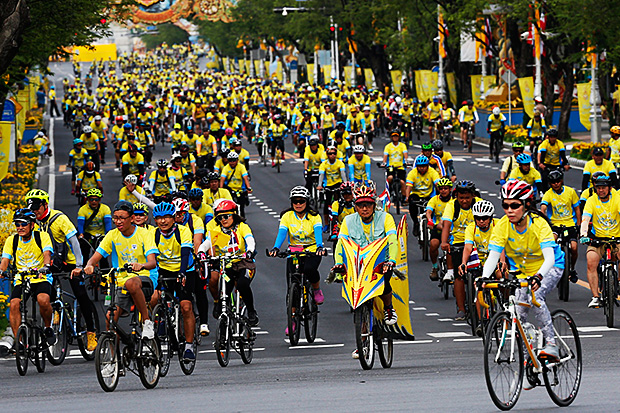 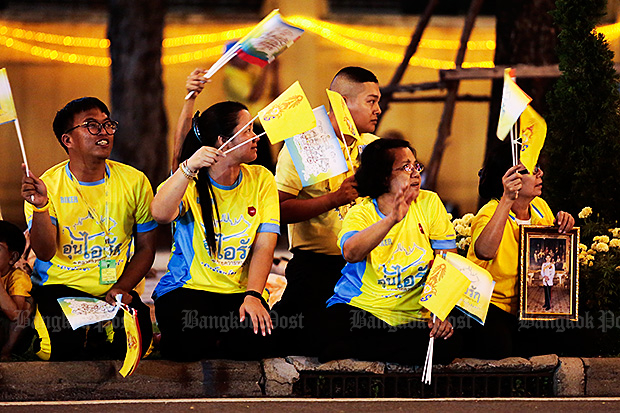 Well-wishers holding flags and a picture of the monarch sit on the side of a road to greet His Majesty the King. (Photo by Patipat Janthong) 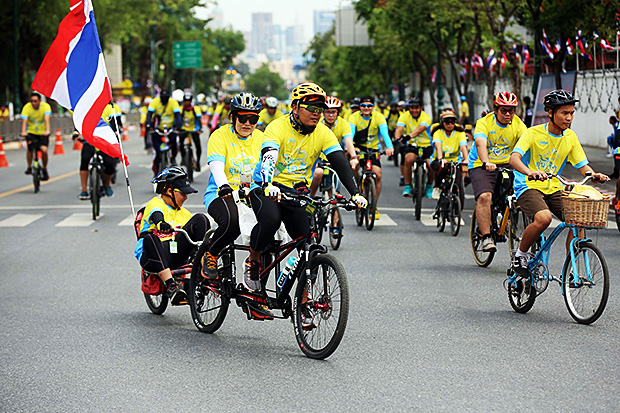 A family of three pedal along Ratchadamnoen Nok Avenue as they joined the route between the Royal Plaza and Lad Pho Park in Phra Pradaeng district of Samut Prakan. (Photo by Patipat Janthong) 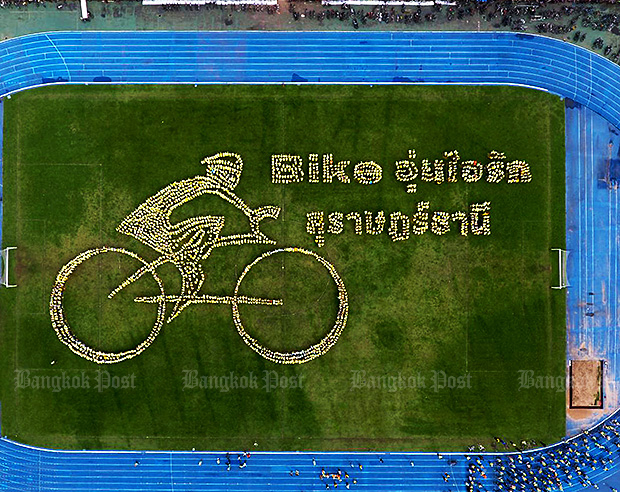 Officials and local people in Surat Thani assemble to form the shape of a man on a bicycle and the ‘Bike Un Ai Rak Surat Thani’ message at the province’s central sport complex. A total of 3,499 people took part in the activity. (Photo by Supapong Chaolan) 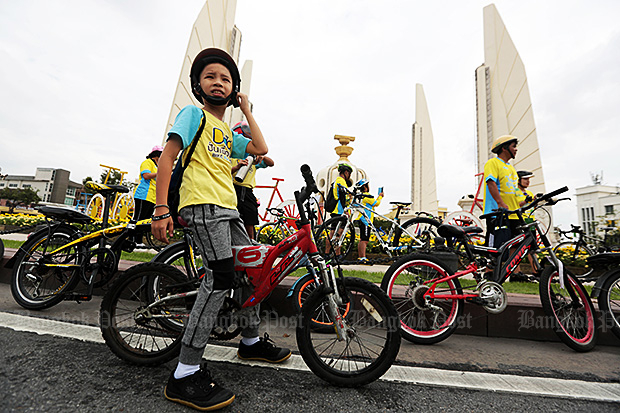 A young cyclist waits to join the cycling procession at the Democracy Monument on Ratchadamnoen Avenue. (Photo by Chanat Katanyu) 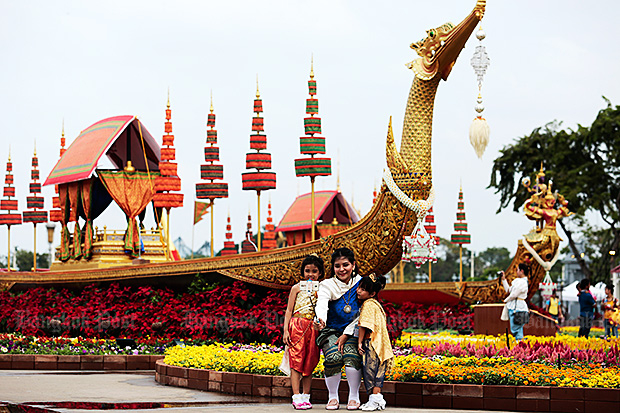 A woman takes a selfie with children in front of the replica of the ‘Suphannahong’ royal barge. (Photo by Patipat Janthong) 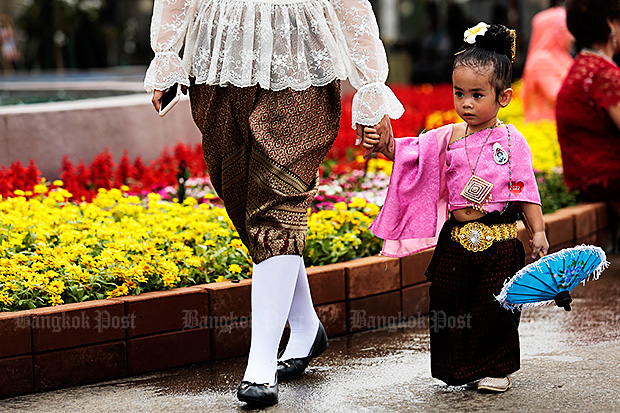 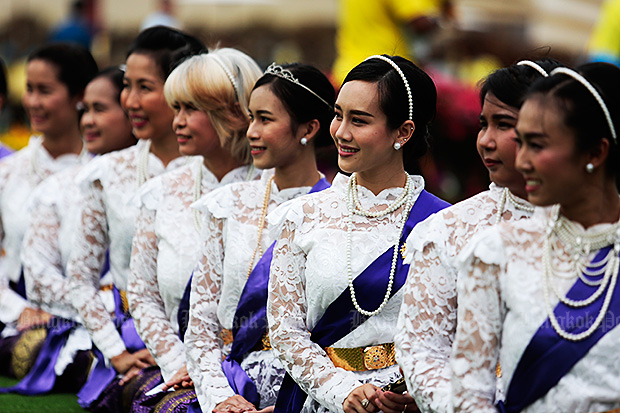 The fair's opening hours are daily from 10am-9am, except on Friday and Saturday when the closing time will be extended to 10pm. Admission is free. Wheelchairs and volunteer assistants will be available for the elderly and the disabled.

The Un Ai Rak cycling activity is also being held in other provinces across the country on Sunday. Hundreds of thousand of cyclists have registered to participate in the event.

Photo gallery: Cycling for the King