SAMUT PRAKAN: Livestock and wildlife protection authorities inspected the Samut Prakan Crocodile Farm and Zoo Wednesday following the release of images showing a grossly underweight elephant being made to perform tricks during a show.

After shocking images of the animal went viral on social media, the zoo operators were accused of animal cruelty, but they insisted the animal was not suffering from any health problems. 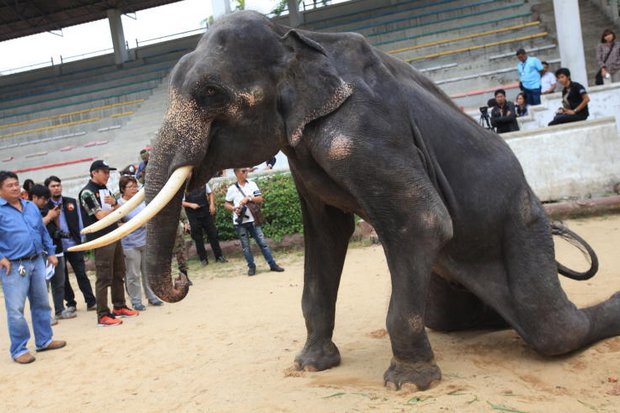 Among the more obviously distressed animals seen during the inspection at the Crocodile Farm were this underweight elephant with a clearly visible spine and (below) Thai pony with protruding ribcage. (Photos by Somchai Poomlard) 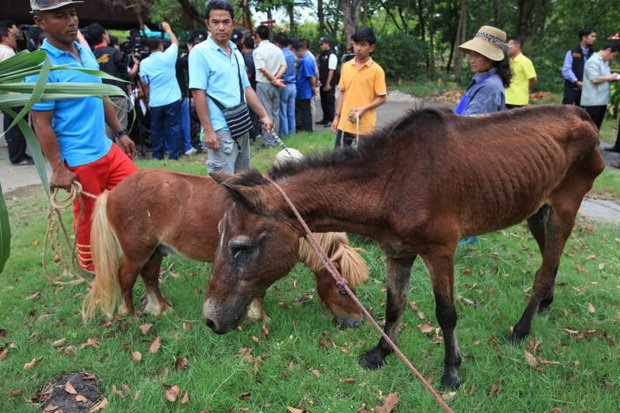 Nuwat Leelapata, deputy chief of the Wildlife Protection Task Force, said the officials collected blood and stool samples from the elephant to see if it had any health issues.

The Crocodile Farm has recently drawn criticism from visitors.

According to Mr Nuwat, concerns were raised about the condition of two elephants.

Vet Supakan Kaewchote said the elephant clearly looked underweight and to be suffering from muscular atrophy. She said lab tests would reveal any deeper-rooted health issues.