Media warned against revisiting past unrest

Events like the six murders of innocent aid-givers at Wat Pathum Wanaram in 2010 when Abhisit Vejjajiva was prime minister should never be mentioned again, according to P-Net. (File photo)

Media crews have been warned against publishing or presenting hate-provoking news and false information as they may be used online to influence how people vote in next year's election, a forum was warned yesterday.

The Thai political arena must avoid a war of slander in which past contentious events are used to influence public opinion, experts said at the event, held by the National Press Council of Thailand.

The 2010 pro-Thaksin, red-shirt protest against the Abhisit Vejjajiva government, which led to arson attacks and a military crackdown in which six people died at Wat Pathum Wanaram, is among incidents likely to be revisited for political purposes, said Somsri Han-anantasuk, an executive of the Open Forum for Democracy Foundation (P-Net).

"Media agencies should not give coverage to these stories or they will re-ignite old conflicts.

"Journalists should focus on educating people about policies rather than just covering the backgrounds of the candidates," she said. 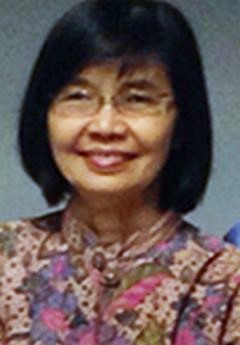 Somsri: Don't bring up the past

"Online news channels will be a powerAccording to her, unrest could spread quickly if this warning is ignored, especially among those whose attitudes and decisions are easily influenced by information they get online.ful force for persuasion prior to physical polling", said Satithon Thananithichot, a researcher at King Prajadhipok's Institute.

"However, media members should not only be careful about what content they publish but also help people answer questions," he added.

He gave Section 88 of the 2017 charter which stipulates the system to nominate a prime minister, as an example: "People want to know more than what to do; they need to understand the process and the outcome it will lead to," Mr Satithon said.

According to the constitution, parties are allowed by Section 88 to nominate up to three prime ministerial candidates to the election watchdog, but Section 272 in its provisional section states Section 88 can be exempted if the Lower House cannot reach a consensus.

This could result in members of parliament nominating an outsider to be prime minister.

Pol Capt Chanin Noilek, the Election Commission's chief of Legal Affairs Department, said the EC is aware of the risk of information being exploited during the campaign and has held talks with social media sites, including Facebook and Line, to solve the problem.

The EC and media are not completely free to go about their business, either, due to certain National Council for Peace and Order rules which remain in force, Yingchip Atchanon, manager of the Internet Dialogue on Law Reform (iLaw) said.

"There will be no complete freedom in the 2019 election," he said.