A man who felt slighted by his in-laws shot dead six family members including his two young children at a New Year's Eve party before turning the gun on himself, police said Tuesday.

The mass shooting took place 10 minutes after midnight as Sucheep Sornsung, 41, joined his wife's family to ring in the New Year in Chumphon's Phato district.

Sucheep was "heavily" drunk when he pulled out his pistol at the table in the beauty parlour where the party was being hosted, police said.

"All of the victims were his family members including his nine-year-old son and six-year-old daughter," said Pol Lt Col Larp Kampapan.

"They were shot either in the head or the torso... he was angry that as the son-in-law he was not being made welcome by his wife's family."

The victims included two men and two women aged between 47 and 71, who were family members of Sucheep's wife, who survived. One man was injured and survived the shooting.The gunman then turned the weapon on himself.

"The (suspect) went to a party with his friends then came home to see his wife's family and they started arguing before he used his gun to shoot them," said Pol Maj Gen Saharat Saksilapachai, commander of Chumphon provincial police.

"According to witnesses, the man did not drink a lot and we suspect that his rage came from old problems with his wife's family," Saharat said.

The police chief said Sucheep had a drug-related criminal record and had previously been jailed but there was no history of violence against his family. 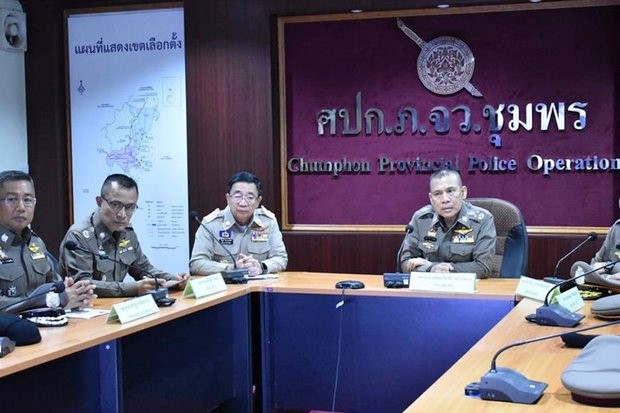 Reuters reported that according to 2016 data from the University of Washington, Thailand had the highest reported rate of gun-related deaths out of 10 countries in Asia. It was about 50% higher than the Philippines, which was second on the list.

According to Thailand's Interior Ministry, there are more than 6 million registered firearms in the country, but there are also many unregistered guns in circulation.