Holidaymakers flock back to Bangkok

People arrive at Hua Lamphong railway station in Bangkok on Tuesday, the end of the long New Year's weekend. (Photo by Varuth Hirunyatheb

Hundreds of thousands of people thronged provincial bus terminals, railway stations and airports Tuesday as they prepared to return to Bangkok after a long New Year's holiday.

Extra buses and trains were put into service to ferry people back to the capital, while almost all seats on domestic flights from major cities to Bangkok were occupied.

Heavy traffic was also reported on key provincial roads across the country.

Roadblocks were set up to examine vehicles and check drivers nationwide. Vehicles driven by drunk drivers were seized by the authorities and will be handed back to their owners after the holiday is over.

According to data collected by the National Council for Peace and Order (NCPO), 2,729 vehicles -- 1,945 motorcycles and 784 cars -- driven by drunk motorists have been seized by the authorities since Dec 27.

Authorities from Nakhon Ratchasima said Mittraphap Road was choked with a massive amount of vehicles. A line of vehicles stretching more than 10 kilometres was seen from Klong Pai sub-district to Pak Chong district.

Nakhon Ratchasima governor Wichien Chantharanothai said he expected more than 300,000 vehicles would pass through his province to Bangkok on Tuesday.

As such, he ordered authorities to establish rest areas along Mittraphap Road for tired drivers as a safety precaution.

Extra buses were put into service in some provinces as demand was higher than anticipated.

Apart from preparing enough buses for passengers, the company said it would ensure that there are no intoxicated drivers operating the buses.

There were reports that more than 90% of seats on domestic flights to Don Mueang airport were booked.

The low-cost airlines that offered cheap ticket prices were fully booked on flights from major provinces to Bangkok.

Many passengers arriving at Don Mueang airport had to wait in long lines to catch taxis to their homes.

According to Airports of Thailand Plc (AoT), more than 125,000 passengers arrived at Don Mueang airport Tuesday, on 787 flights.

Meanwhile, the State Railway of Thailand (SRT) has increased its overall daily capacity to help transport people travelling from their home provinces to Bangkok after the seasonal break.

Extra trains have been added on busy lines such as Ubon Ratchathani to Bangkok, Udon Thani to Bangkok and Chiang Mai to Bangkok, which would enable the SRT to handle an additional capacity of 5,000 more passengers a day.

He also visited rest areas along the highway to give moral support to officials working during the festival. 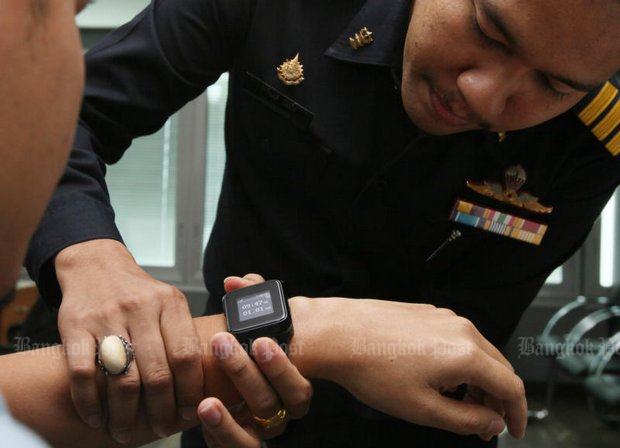