Pol Col Apichai Krobphet, chief of Pattaya city police, questions the three Philippine women arrested for illegally fund-raising for a charity that does not exist, at Pattaya police station. (Photo by Chaiyot Pupattanapong)

CHON BURI: Three Philippine women have been arrested in Pattaya for soliciting donations from tourists for a children's foundation that police found does not exist.

Belinda Austria Toledo, 55; Jessica Bayutas Ortega, 50; and Ruthie Espina Babila, 38, were detained while they were fund-raising in front of a restaurant on Phettrakul in Bang Lamung district, Pol Col Apichai Krobphet, chief of Pattaya city police, said on Wednesday.

The trio claimed to represent the Children’s Joy Foundation. One of them played a guitar and the two others approached tourists, seeking money to support needy children.

The women's passports showed they entered the country as tourists, but they had no documents regarding fund-raising activities on behalf of a foundation. Besides, the foundation did not exist, Pol Col Apichai said.

The trio confessed to having raised money the same way in several areas of Thailand for more than a year. They have been charged with colluding in raising funds without permission, being foreign nationals working without permission, and having no work permits. 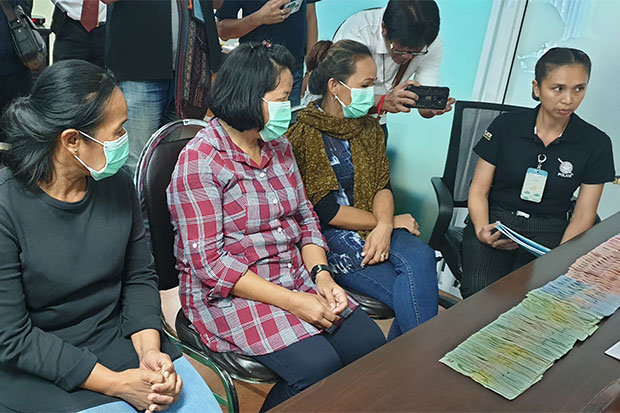 Belinda Austria Toledo, 55; Jessica Bayutas Ortega, 50; and Ruthie Espina Babila, 38, of the Philippines, a Pattaya police station after their arrest for claiming to be raisiong funds for a children's foundation that does not exist. (Photo by Chaiyot Pupattanapong) 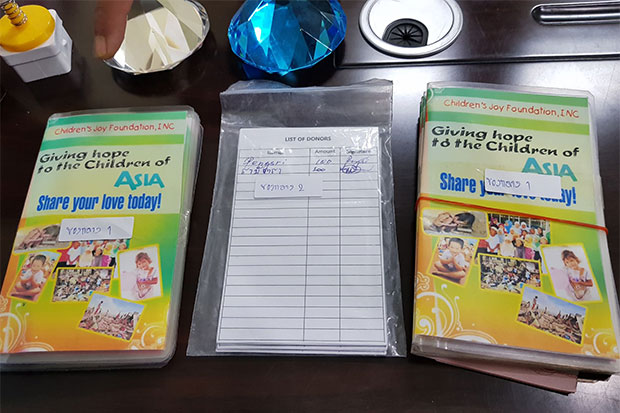