Australian Prime Minister Scott Morrison has urged Thailand to stop the extradition to Bahrain of a detained football player who has refugee status in Australia, his office said Tuesday.

The Asian Football Federation also called on Thailand to release Hakeem al-Araibi, who is being detained at the Bangkok Remand Prison awaiting a court decision on whether he can legally be extradited.

The final decision on whether to return him to Bahrain is up to the government. 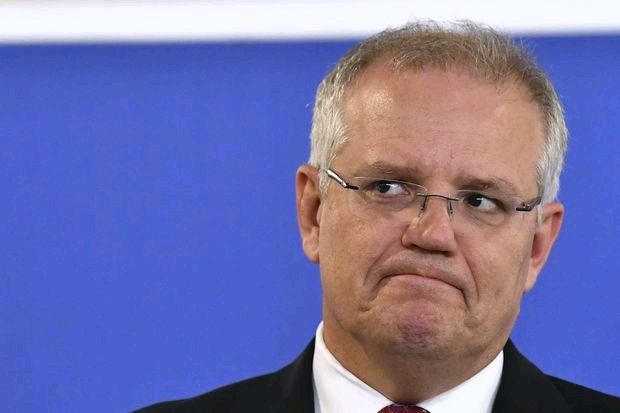 In a letter to Prime Minister Prayut Chan-o-cha, Mr Morrison emphasised that Araibi's case was an important matter to him personally, as well as to the Australian government and Australian people, his office said. The letter was reported earlier by The Sydney Morning Herald newspaper.

The Asian Football Confederation (AFC) also wrote to Prime Minister Prayut, a significant move because the regional governing body has been criticised for its silence on the case. It is run by a leading Bahraini, Sheikh Salman bin Ebrahim al-Khalifa.

Araibi was a vocal critic of Sheikh Salman, a member of Bahrain's ruling family and a cousin of the king, when the AFC President contested the FIFA presidential election in 2015.

The AFC said on Saturday that Sheikh Salman had been recused from matters relating to West Asia 18 months ago to ensure there were no accusations of a conflict of interest and that Vice President Praful Patel would oversee the Araibi case.

"I hereby respectfully request Your Excellency to take the necessary steps to ensure that Mr AI Araibi is returned safely to Australia, where he has been granted refugee status, at the earliest possible opportunity," Patel wrote to Gen Prayut.

Araibi, 25, a former Bahraini national team player, says he fled his home country due to political repression. Bahrain wants him returned to serve a 10-year prison sentence he received in absentia in 2014 for vandalising a police station, which he denies.

Human rights groups, football governing bodies and activists have pushed for Thailand to release Araibi, who plays for the semi-professional football Pascoe Vale FC in Melbourne. They believe he risks being tortured if he is sent back to Bahrain.

Mr Morrison noted that Araibi has a permanent protection visa issued by Australia, that the government only issues such visas after a careful process, and that Australia considers him a refugee.

Araibi was detained upon his arrival in Bangkok in November while on a holiday, and a court ruled in December he could be held for 60 days pending the completion of an extradition request by Bahrain.

Thailand said it received an official extradition request on Monday.

Thai foreign ministry spokeswoman Busadee Santipitaks said Tuesday that the request has been forwarded to prosecutors for deliberation.

Meanwhile her boss, Foreign Minister Don Pramudwinai, suggested a "third way" out of the problem.

"What I see as the most proper way is Australia and Bahrain should initiate dialogue [about it]. Thailand has already informed them that if they still have good relations, please talk to one another."

Other than that, said the foreign minister, Thailand must base its decision on where to send Mr Araibi on the information at hand.

Thailand's attorney-general is expected to decide within a week whether to proceed with the extradition case, said Chatchom Akapin, director-general of the international affairs department.

Mr Chatchom told Reuters that an extradition request had been received from the Bahrain government.

"We have to see whether the Bahrain request falls in line with Thailand’s Extradition Act of 2008," he said. "If it matches, then we will make the request to the criminal court. It is the court who decides whether to send Mr Hakeem to Bahrain or not."

Mr Chatchom said that if the request did not fall in line with Thai extradition law then no request would be made to the court and Araibi would be released when his 60-day detention order expires on Feb 5.

"The Extradition Act of 2008 stated clearly that for a country with no extradition treaty with Thailand, like Bahrain, we have to see various factors including their government request to determine whether it falls in line with our laws," he said.

"Thai officials have to follow the law in every aspect. However, Thailand has good relations with Bahrain and Fifa,'' he said, referring to football's world governing body. "How can we find a solution? I understand everyone's concerns.''

The Asian Football Confederation on Tuesday followed Fifa and the International Olympic Committee in asking for Araibi's release.

The AFC, led by Sheikh Salman Bin Ibrahim Al-Khalifa, a member of Bahrain's royal family, had faced criticism for not calling for Araibi's freedom.

Araibi has said he suspects he is being sought by Bahrain in part because of critical comments he made about the AFC leader. 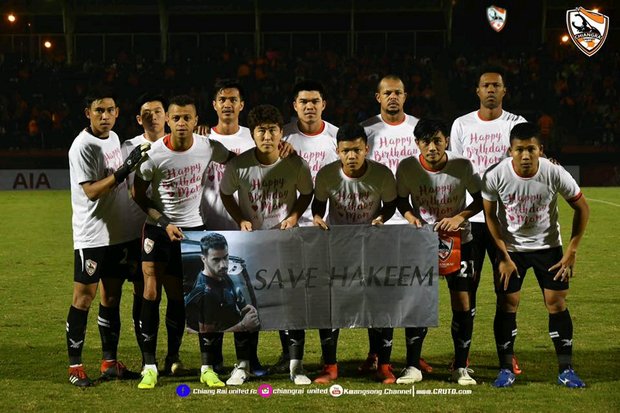 Chiang Rai United are the first Thai team to openly call for the release of Araibi to Australia on their Facebook page, CRUTD.

Araibi said he was blindfolded and had his legs beaten while he was held in Bahrain in 2012. He said he believed he was targeted for arrest because of his Shia faith and because his brother was politically active. Bahrain has a Shia majority but is ruled by a Sunni monarchy, and has a reputation for harsh repression since its failed Arab Spring uprising in 2011.

Bahrain's interior minister issued a statement Tuesday asserting that the country has a legitimate claim in asking for Araibi's extradition and accusing critics of its justice system of interfering in the country's internal affairs.

"Those raising unfounded doubts about the integrity and independence of the kingdom's judicial system are not only interfering but also attempting to influence the course of justice,'' the statement said.

It said Araibi was convicted of participating in a "terrorism'' case involving "an arson attack, possession of inflammable bombs and causing damage to public and private property''.