Bomb disposal police examine the wreckage of one of the stolen pickup trucks used as a car bomb, which exploded and damaged 10 police houses in Pattani's Mayo district in the early hours of Aug 17, 2017. (Bangkok Post file photo)

SONGKHLA: Five men have been sentenced for holding up a car dealer in 2017 and stealing five pickup trucks for use as car bombs.

One was given the death penalty, three life imprisonment and one 32 months in jail.

The robbery occurred on Aug 16, 2017. Men armed with guns held up the Wangto Car Centre in Na Thawi district around 11am. They left with five stolen pickup trucks and four hostages, heading towards Pattani district. 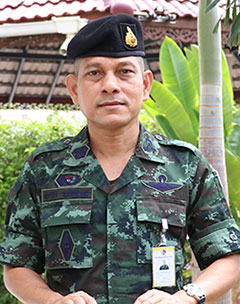 Two of the hostages were shot and wounded. A third managed to escape, in Thepa district of Songkha.

The police investigation and manhunt led to the arrest of five suspects.

The Na Thawi provincial court sentenced Atttanan, the first defendant, to death. The second to fourth defendants –Panumas, Maroyee and Hareeya - were each given life imprisonment. The fifth defendant, Abdulmanaas, was sentenced to two years and eight months in jail.

All said they would appeal, Col Thanawee said.

They were returned to custody after hearing the judgement.