KHON KAEN: A biker who showed off by posting online a video and pictures of himself doing a wheelie along the main highway reported to police on Thursday night to account for his actions.

Puchong Namjandee voluntarily met with Khon Kaen traffic police at the Muang police station after the video and  photos he posted on his Facebook account were widely shared, with most of the reaction highly critical.

Mr Puchong said the daring-do was filmed on the Mittraphab highway on Sunday when he and about 10 other bikers were  on a trip from the city to Ubolratana dam in Ubolratana district.

Two of his friends joined in, also performing a wheelie on their bikes.

"I would like to apologise to the public. Next time I will do it on a racing circuit or a place arranged for bike races," he said.

After questioning them and viewing all the evidence, police would decide what action would be taken against the three young men.

Until then, Mr Puchong was free to leave. 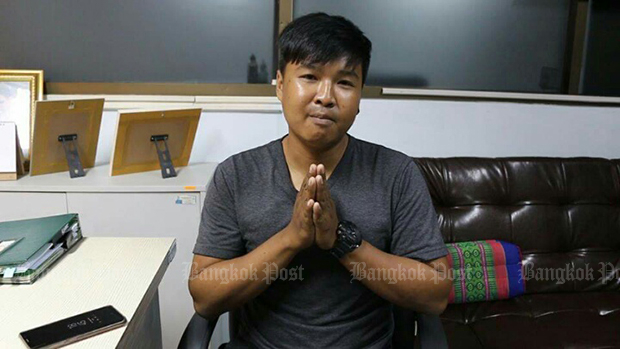 Biker Puchong Namjandee performs a wai as he apologises for his wheelie along the highway. (Photo by Chakraphan Nathanri)