Some of the new 9mm Sig Sauer P320SP pistols are shown at the Royal Thai Police office on Sept 25, 2017. A consignment was procured from the United States as a part of a welfare project initiated by former police chief Somyot Pumpanmuang. (File photo)

AYUTTHAYA: A police corporal has been arrested for allegedly stealing 11 new police pistols in December last year, and selling them.

Investigators believed the handguns, new issue 9mm Sig Sauer P320s marked with the police emblem, were smuggled out of the storage room in December. The suspect acted alone, stealing them for sale.

Police were hunting 3-4 outsiders who assisted in the sale of the missing firearms, Pol Lt Gen Manu said.

Pol Cpl Santi had been immediately sacked from the force, pending prosecution and a disciplinary investigation.

The suspect allegedly first stole the keys for the three locks that secured the weapons storage room. The three policemen assigned to hold the keys were so far found innocent of any culpability, Pol Lt Gen Manu said.

The missing pistols came to light after Wang Thong Lang police in Bangkok arrested Arthit Harnpanitchakit, 25, for illegal possession and carrying a pistol without a permit on Feb 14. The pistol was found to have a police emblem on it.

Checks revealed that particular firearm was issued to Ayutthaya police in 2017 by the Royal Thai Police Office.

This led to an audit that revealed 11 pistols were missing. Ten empty, closed gun cases had been left in the room.

The Royal Thai Police Office delivered 90 of the new pistols to the Ayutthaya police investigation sub-division in 2017.

Of these, 27 had been issued to local police for use. The remaining 63 pistols were kept at the weapons storage facility. 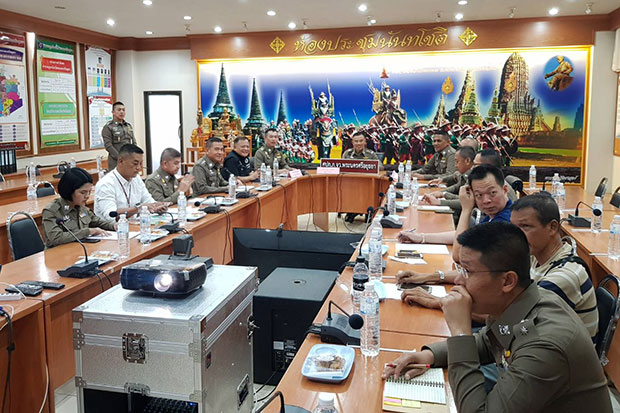 A majority of people still worry about the Covid-19 spread although there have been no new infections in the country for over 30 consecutive days, according to an opinion survey by the Suan Dusit Rajabhat University, or Suan Dusit Poll.

A majority of people think it is now time for a cabinet reshuffle, with some say the reshuffle should involve the entire cabinet while others say only some ministers should be replaced, according to an opinion survey by the National Institute of Development Administration, or Nida Poll.

TORONTO: While some museums have had to cancel or postpone long-planned exhibits because of the coronavirus, organizers of a Van Gogh show in Toronto had a novel idea: offering art lovers a drive-in option.