Thai firm due to start on 11km rail section
Business

Thai firm due to start on 11km rail section

Photo taken in 2017 shows a model of a section of the planned high-speed railway between Bangkok with Nakhon Ratchasima province in Pak Chong district. (File photo by Wichan Charoenkiatpakul)

The Thai-Chinese high-speed railway project linking Bangkok and Nong Khai is making progress as the Thai constructor, Civil Engineering Co, has been awarded a contract to start building the 11-kilometre Sikhiu-Kut Chick section next month.

It is the second of 14 contracts that has been given the nod as the government is trying to clear up hindrances and speed up work to complete the new 608km rail route from the capital to the northeastern border province of Nong Khai by 2023.

This section, which will connect Sikhiu district to tambon Kut Chick in Sung Noen district in Nakhon Ratchasima, is expected to be finished within 540 days on a budget of 3.1 billion baht.

The 11km section will include a 4km elevated track. 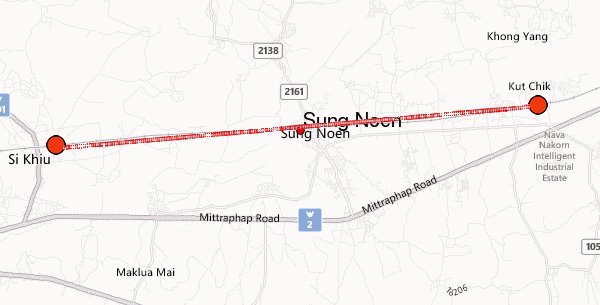 State Railway of Thailand, which oversees the project, will pay Civil Engineering 15% of the construction value, or around 400 million baht, acting SRT chief Worawut Mala said during a contract-signing ceremony on Wednesday.

Financial glitches have been a concern for the project. For example, construction of a 3.5km section from Klang Dong to Pang Asok in Nakhon Ratchasima's Pak Chong district has been delayed several times.

A Transport Ministry source said the SRT did not pay some of the instalments for the cost of construction, worth 425 million baht, to the Highways Department, which has been contracted to do the job.

Mr Worawut said 45% of the route has been completed and the project should be completed mid-year.

The SRT is also stepping up the process to award 12 other contracts. Five should be open for bidding before Songkran in mid-April while auctions for the rest are due by July, Transport Minister Arkhom Termpittayapaisith said.

In another development, the SRT on Wednesday postponed talks with CP consortium on a high-speed railway linking three airports to March 19 because some members of its contractor selection committee were on "business leave".

The talks had already been delayed after CP, which submitted the lowest quote for the construction work, said it was not ready after the committee rejected its 12 proposed changes to the original conditions of the 224-billion-baht project.

If the contractual negotiations with CP prove unsuccessful, the BSR Joint Venture, the second-lowest bidder, will be called in.

"I insist we will still be able to sign a contract this month," Mr Worawut said.