Premchai jailed for 16 months, not guilty of leopard charge

KANCHANABURI: Construction billionaire Premchai Karnasuta was sentenced to 16 months in jail for illegal possession of a dead pheasant and weapons, and supporting poaching -- but he was acquitted of any wrongdoing connected with a black leopard carcass found at the scene, which was blamed on other defendants.

The Thong Pha Phum Court gave the ruling on Tuesday morning in the high-profile case, which saw the construction tycoon widely blamed for the killing of a rare black leopard after his group was arrested with the carcasses of protected animals at their unauthorised campsite in the western Thungyai Naresuan Wildlife Sanctuary in Thong Pha Phum district in early February last year.

The 16-month sentence included six months for illegally carrying weapons, eight months for supporting poaching and two months for possession of a dead kalij pheasant. Premchai was one of four defendants, and the other three took the rap for possessing the black leopard carcass.

The court also ordered Premchai and Thanee to pay 2 million baht in compensation related to the case to the Department of National Parks, Wildlife and Plant Conservation.

After the ruling, Premchai told reporters that he apologised.

The court later released him and Yong on bail of 400,000 baht each, and Thanee on 500,000 baht, and prohibited them from leaving the country without permission.

Their lawyers said they would appeal.

Premchai, 64, president of Italian-Thai Development Plc, Yong, 66, Nathee, 44, and Thanee, 57, and their lawyers arrived at the court in Thong Pha Phum district at 8.10am in two vehicles.

Premchai and the three co-defendants were arrested at their unauthorised camp in the wildlife sanctuary on Feb 4 last year in possession of firearms and the carcasses of protected animals, including a rare black leopard. They denied all the charges. 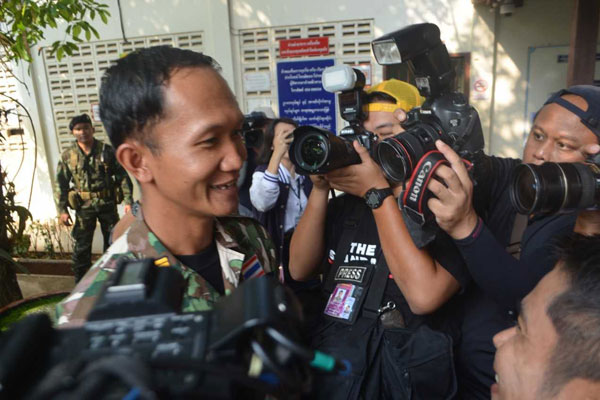 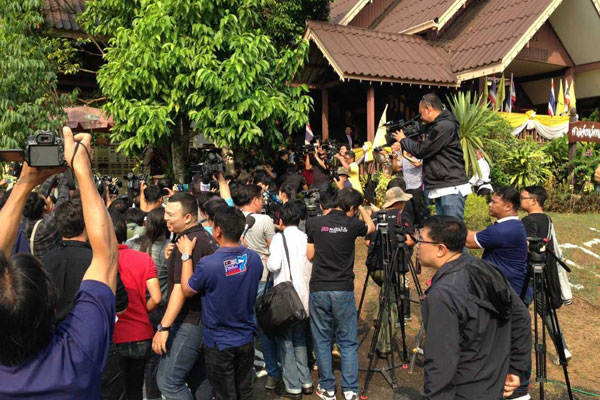 A small army of journalists waits outside the Thong Pha Phum court on Tuesday morning for the ruling on the black-leopard poaching trial. (Photo by Piyarat Chongcharoen) 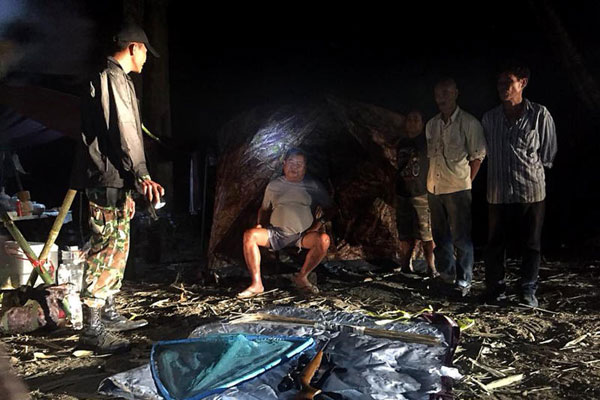