Uraporn Nournart, a field expert at Thailand’s agriculture ministry, points to the fall armyworm in Tha Muang, Kanchanaburi province on March 13. The pest is munching its way through corn fields around the globe, raising alarm over damage to crops as it spreads into areas that may lack its natural enemies. (AP photo)

KANCHANABURI: Fall armyworms, a longtime American pest, are munching their way around the globe, raising alarm now in Asia after entrenching themselves in Africa.

Experts say the insect was first found outside the Americas in 2016, in Africa, where it has infested up to half of some crops of maize, sorghum and millet. It's now spread through Yemen and South Asia to Thailand and China.

The incursions of the alien species threaten to upend the balance between costs and returns for farmers in Thailand and elsewhere.

Pesticides are costly, toxic and don't always work. The bug's new habitats may lack natural enemies needed to control it, the United Nation's Food and Agricultural Organization says. It's holding a conference in Bangkok this week to share information and strategies on battling the pest. 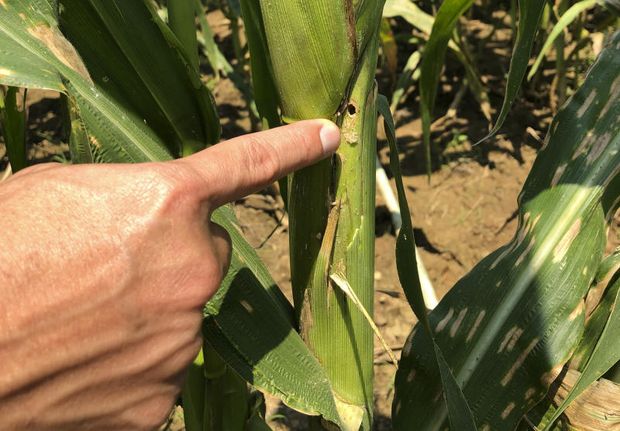 Uraporn Nournart, a field expert at Thailand’s agriculture ministry, points to plants affected by the fall armyworm in Tha Muang on March 13.