Jailed yellow-shirt leaders among those pardoned

A Corrections van takes the yellow-shirt leaders from the Criminal Court to Bangkok Remand Prison after the Supreme Court jailed them for eight months on Feb 13. Five of them are expected to be released from jail on Saturday. (File photo by Apichart Jinakul)

Five leaders of the yellow-shirt People's Alliance for Democracy will be released from jail on Saturday under the royal coronation amnesty, according to a PAD spokesman.

Panthep Puapongpan wrote on his Facebook page on Friday that the royal decree published in the Royal Gazette on Friday will result in the release of key PAD figures on Saturday, when the royal amnesty granted to mark the coronation takes effect.

"Long live the King," he wrote on his Facebook page. PAD leaders who were sentenced to a jail term of less than a year are to be released in accordance with Section 6 of the royal decree, he said.

The section stipulates that well-behaved convicts with less than a year left of their sentence at the time of the announcement would be freed.

The leaders Mr Panthep referred to were in February sentenced by the Supreme Court to eight months in jail for breaking into Government House in 2008 during their protest against the then-Samak Sudaravej government.

However, Sondhi will remain in jail to serve another sentence for a previous securities crime. 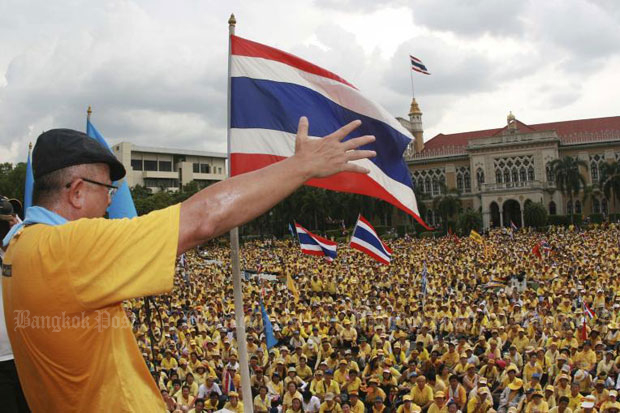