BURI RAM: Residents of a village are living in fear after their colleague was seriously injured by a gaur attack while he was searching for food near a wildlife reserve area.

Villagers in Ban Khok Phet in Non Dindaeng district have decided to stay at home since Monday for fear of being targeted by wild animals if they go out farming or picking vegetables far from the village.

"We are living in fear," Kuang Chanprakhon, 54, said. "We want authorities to find measures to prevent animals from disturbing us and take the problem seriously," she added.

Ban Khok Phet is located close to Dong Yai wildlife reserve. Residents grow rice and tapioca, among other produce, and normally seek out vegetables for cooking near the edge of the forest.

They have decided to stay at home, however, since Somnuek U-naiwong, 56, was seriously injured in a gaur attack while he was collecting krachiew flowers for food about 400 meters from the village on Monday. The man said he survived only because he pretended to be dead after the initial attack.

As many as three gaurs may have attacked him, said village chief Chompong Sabutdee, since he found both big and small gaur footprints when he and other villagers went out to help Mr Somnuek and take him to Non Dindaeng Hospital. He was later transferred to Nang Rong Hospital in Nang Rong district due to the seriousness of his wounds. Mr Somnuek still needs to use a respirator to breathe. 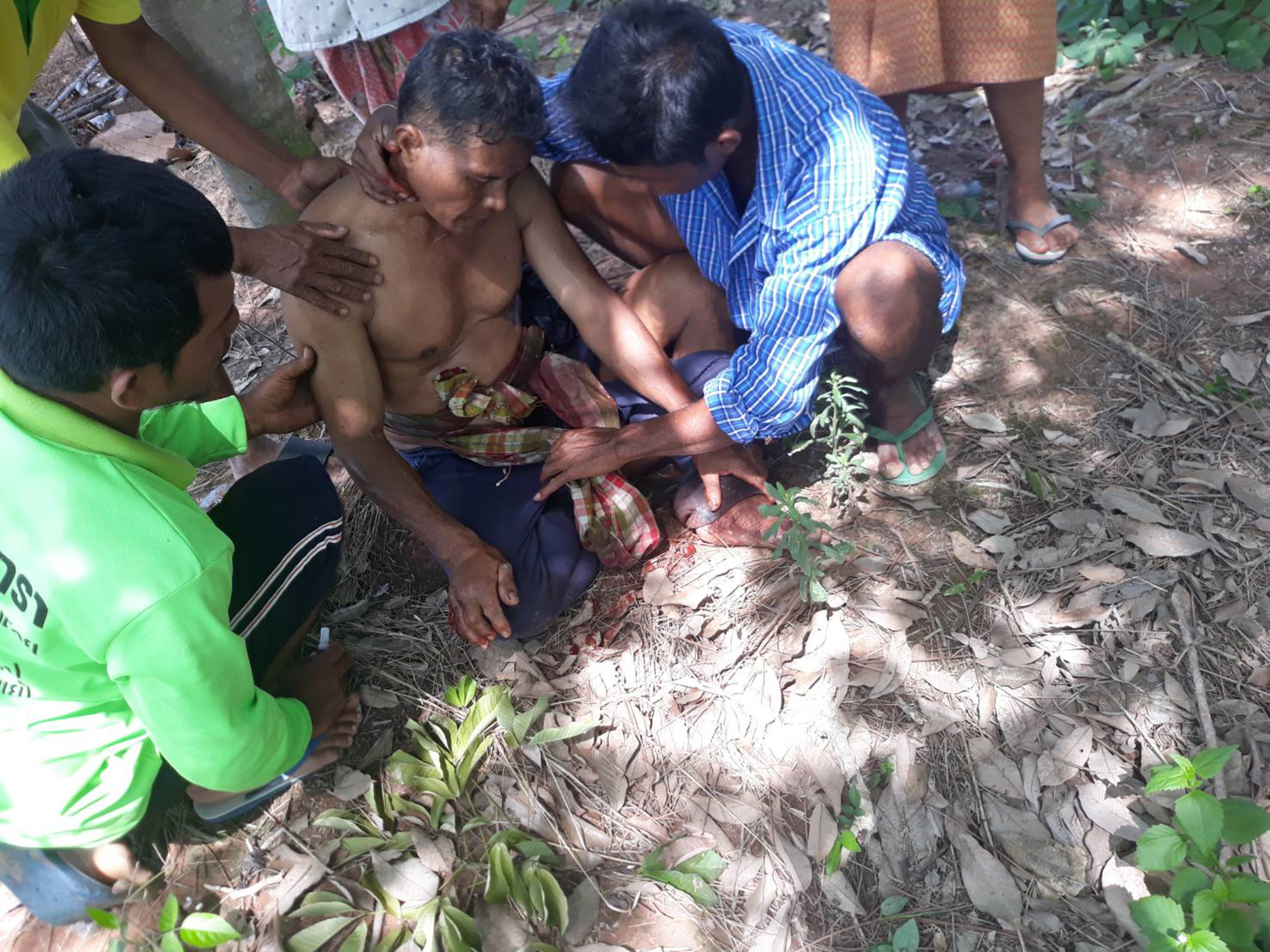 Villagers help Somnuek U-naiwong after he was seriously injured in a gaur attack on Monday. (Photo by Surachai Piraksa)

Forest rangers from Dong Yai wildlife reserve have been ordered to patrol the area where Mr Somnuek was attacked in order to prevent gaurs, elephants and other animals to emerge from the forest and disturb people.

Somsuan Raksat, the Dong Yai wildlife reserve chief, said on Wednesday that forest rangers had spotted four gaurs in the area where Mr Somnuek was attacked last Thursday, but he was uncertain whether they were the same group that hurt the villager.